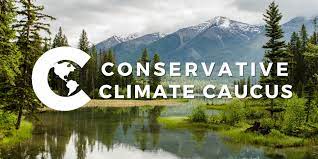 The looming threat of climate change is real and the Republicans are aware of this global crisis that can change the course of our lives forever. Contrary to popular belief that members of the GOP are denying the truth regarding global warming, our Republican leaders are actually exhausting all means to help save the planet. In this fight, drastic measures are needed, however, they have proven that the mighty American economy does not need to suffer in order for us to come up with a solution for this planetary problem.

Most Americans would assume that the only answer to our climate woes are the ones being offered by the progressives and the liberals. Conor Lincoln, an incoming Senior at A.C. Davis High School knows that there is no truth behind this assumption.

In an article on Washington-based newspaper Tri-city Herald, the young conservative climate activist praised the Republican Party for their efforts toward curbing climate change. He talked about the steps that our GOP leaders have taken to help improve the environment, including the creation of the newly-formed Conservative Climate Caucus.

Conor Lincoln, who shares the same last name as the great Republican president Abraham Lincoln, is a member of the American Conservation Coalition and Citizens’ Climate Lobby. This young man is aware of the steps that the Republicans have taken to improve the world that he and his generation will inherit, and he wants America to know all about it

“Over the last few years, congressional Republicans have stepped up to propose legislation focusing on all facets of our climate, from agriculture and carbon storage to energy innovation and global commitments,” he stated.

“By championing cheap, clean, and effective efforts including nuclear power, emissions-reducing technologies, natural climate solutions, and conservation efforts, Republicans continue to build on their integral role in advancing environmental solutions that will benefit everyone,” he added.

America is blessed with talented and smart young people like Conor Lincoln, who are ready to bring forth change to the world. A proof that conservatives too have solutions to save the planet.

“As conservatives, we know that we’re always ready to roll up our sleeves to tackle big problems, and climate change is no different. It’s no longer a binary choice between alarmism and denial, socialism or unresponsive gridlock. There’s a path forward for pragmatic, common-sense solutions to the challenges we all face,” Lincoln concluded