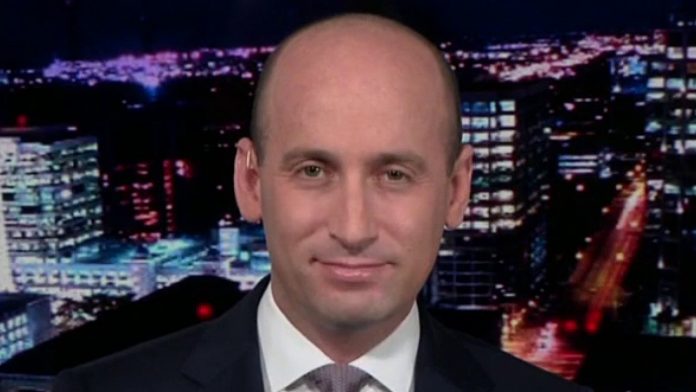 Stephen Miller, a former Trump immigration advisor, declared Wednesday that President Joe Biden’s use of military assets to resettle illegal immigrants in the U.S. without Congress approval or modifications in existing immigration laws was “an impeachable offense.”

Miller responded to Tucker Carlson’s suggestion that Texas Governor. Greg Abbott, a Republican could use the National Guard of his state to close off the border if the federal government does not intervene.

Miller said, “Well, I would argue that the appropriate constitutional remedy is Article IV, Section 4, which says that the government clearly has the obligation to protect any state in this country against invasion and domestic violence”

“It does not say that that has to be in the form of a nation-state actor. In other words, the Constitution doesn’t say it has to be a state-led invasion. It’s any large-scale, unwelcome, uninvited entry into a country. That, or into a state,” he stated.

“Let’s be very clear. When Joe Biden put his hand on the Bible and swore an oath to take care of the laws we faithfully executed, to uphold, protect, and defend the Constitution, to ensure a Republican form of government to every state, he has violated every single one of those commitments,” Miller went on to say.

“I will also add this: If that’s not an impeachable offense, I can’t imagine what would be,” he suggested.

Separately, Senator Ted Cruz (R-Texas) said this week that the legislation he was introducing would stop Biden’s sacking of Title 42 of the U.S. immigration law.

“This is lunacy. It is lawless and the only reason Joe Biden and Kamala Harris are doing it is because they are captive to the extreme radical left of their party,” Cruz stated.

“Title 42 is the tool that has allowed us to prevent people with COVID from being released into this country,” Cruz went on to explain.

“We’re in a pandemic; Joe Biden likes to talk about what a priority he puts on the pandemic. Understand this: if the Biden administration ends Title 42, they will be releasing illegal immigrants in your community who are COVID-positive,” he told Fox News Host.

“It is lawless and the only reason Joe Biden and Kamala Harris are doing it is that they are captive to the extreme radical left of their party,” Cruz added.

“Everyone else who believes in common sense ought to say, enough is enough, and let’s not make the pandemic worse by making this crisis at the border even worse than it already is,” he concluded.