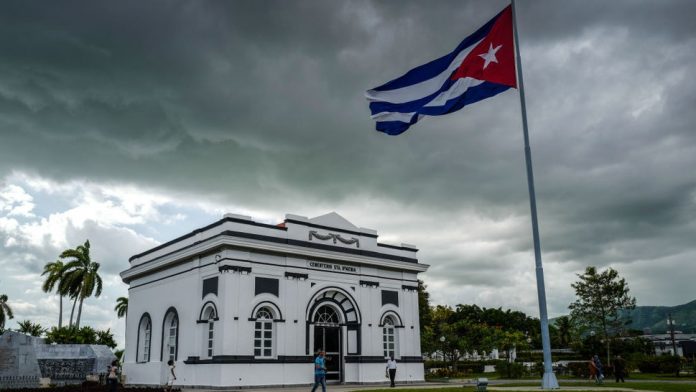 The recent mass demonstrations in the island nation of Cuba is a testament to the hardship that the citizens have been carrying on their backs under the authoritarian communist regime. The freedom-loving Americans understand their plight and even though the Biden administration, along with its leftist cohorts, aren’t keen on showing support, some Republicans have acted swiftly to address the situation.

Recently, GOP Representative for Florida’s 25th congressional district, Mario Diaz-Balart, launched a resolution that is intended to provide support to the Cubans in their fight against their oppressive government.

“For 62 years, the Cuban people have struggled for freedom and human rights under a brutal, repressive dictatorship. On this day, which also coincides with the anniversary of the Tugboat Massacre, we also remember the regime’s decades of malevolence, including the Brothers to the Rescue Shoot-Down, the firing squads, torture, arbitrary arrests, killings, human trafficking, those who fled in makeshift rafts through shark-infested waters, and the many activists who have suffered or perished for simply daring to speak against the regime,” Balart said in an official statement.

“The Cuban people will be free, and they will remember those who stood with them. I thank so many of my colleagues for standing with them by supporting this important resolution,” Balart added.

The resolution called for the release of all political prisoners who opposed the tyrannical government and to put an end to all forms of human rights abuses on the people of Cuba. It also gave recognition to the courageous journalists, activists, religious leaders, labor unionists and artists who fought against the communist regime. Balart also called on the international community and various groups to unite and show their support for the Cubans in these times of crisis.

Earlier this week, Rep. Nicole Malliotakis (R-NY), a member of the House Committee on Foreign Affairs and also the offspring of Cuban refugees, urged president Biden, along with 10 other Cuban-Americans in congress, to support the oppressed people of Cuba.

“As the daughter of a Cuban refugee and as someone who still has relatives on the Island, this ongoing situation in Cuba is incredibly personal to me. The United States must stand with the Cuban people who are displaying courage by protesting the communist regime that has destroyed their lives for the last 60 years. In the past, protests by Cubans have historically led to jailings, beatings, and murders by the regime,” she said in a statement.

“There is a unique opportunity for the 10 Cuban Americans serving in Congress to work with the Biden Administration to push for democracy, human rights, freedom of speech and rid the island nation of the dual currency and economic systems that have inhumanely suppressed the Cuban people, leading to poverty, starvation, and poor living conditions,” she continued.

“I’m encouraged that the people of Cuba are rising up against communism and I hope this is the beginning of real change toward freedom and democracy on the island. President Biden, as leader of the free world, must do all he can to influence this change,” she added.