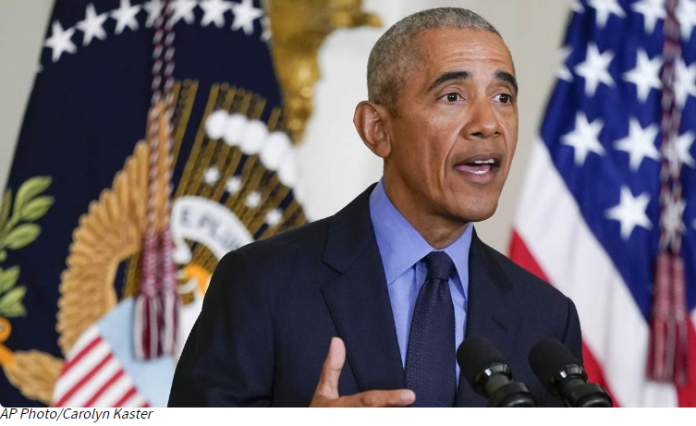 Democrats are afraid of former President Trump and his millions of fans, yet relatively few people support former Vice President Joe Biden, and they are infatuated with him.

Former President Barack Obama is advising his Democratic counterparts to quit campaigning with a focus on Trump and instead focus on more pressing issues facing the nation.

Obama asserted during his appearance on the Pod Save America podcast that Americans will not support the Democrats because of his party’s infatuation with Trump.

The former president claimed that while Democrats should be concerned about the high cost of petrol, record inflation, and out-of-control crime, they instead spend a great deal of time and effort criticizing anything that Trump says or does.

Obama also acknowledged that some Democratic politicians are jerks, adding that people frequently had to tread carefully around his party’s leaders.

“I think we do get into trouble. Look, I used to get into trouble whenever, as you guys know well, whenever I got a little too professorial when I was behind the podium as opposed to when I was in a crowd, there were times where I’d get, you know, sound like I was giving a bunch of policy gobbledygook. My family, my kids, work that gives me satisfaction, having fun. Hell, not being a buzzkill. And sometimes Democrats are.”

“Sometimes people just want to not feel as if they are walking on eggshells, and they want some acknowledgment that life is messy and that all of us, at any given moment, can say things the wrong way, make mistakes,” Obama finished.