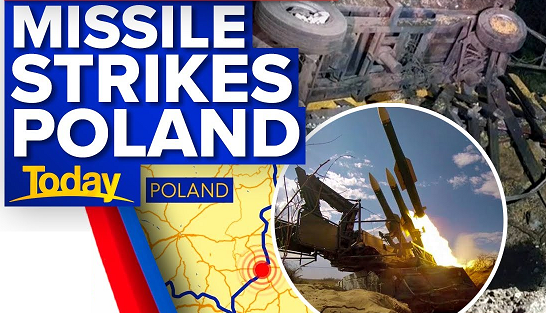 A sobering reminder of the dangers that an already horrific conflict in Ukraine could turn into a larger war that pits Russia and NATO against one another was provided by the furious response to the probable false alarm about a Russian missile striking a NATO partner, Poland, on Tuesday night.

Basically, there are two issues. One is that a protracted, bitter conflict involving forces on the ground and missiles and shells flying through the air will inevitably result in accidents and incidents that could grow into something more serious, such as if it emerged that Russia had accidentally hit a NATO member state, as was initially feared Tuesday night.

The second, and potentially more deadly, scenario is that Russia may believe that using nuclear weapons will give it a tactical or strategic edge that will allow it to undermine the transatlantic alliance and frighten the populace.

The visit to Ankara on Monday by William Burns, the director of the CIA, to meet with Sergei Y. Naryshkin, the head of Russia’s SVR foreign intelligence organization, to warn Russia once more about the repercussions of any use of nuclear weapons, served to highlight this anxiety. Then Mr. Burns traveled to Kyiv to reassure the Ukrainians that the US was not engaging in negotiations with Russia without Ukraine’s knowledge.

Mr. Burns’ goal, according to his proposal, was to change Russia’s risk assessment. He wanted to make sure that Russia understood that the risk it would be taking was much greater than it had previously believed, that we were aware of its decision-making process and where it stood on the issue, and that any benefits it had anticipated would not materialize.

According to Ian Lesser, director of the German Marshall Fund’s Brussels office, every war carries an ever-increasing risk of accident and escalation.

For both NATO and Russia, he claimed,  “The sheer number of forces in close proximity and the length of the conflict, with no sign of abating, accumulates risk in the entire region.”