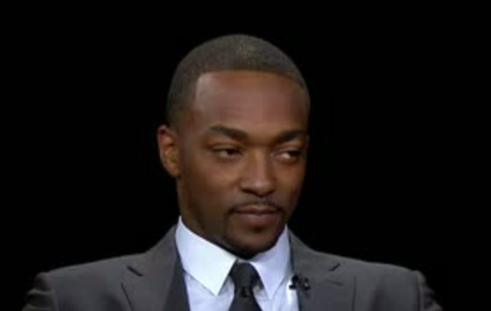 Anthony Mackie is an actor who originally gained notoriety by co-starring with the rapper Eminem in the film 8 Mile. The semi-biographical film focused on Eminem’s ascent to fame and notoriety.

Since then, Mackie has made appearances in a number of successful, well-known films. The Marvel: Avengers films, in which he plays the Falcon character, a friend of Captain America’s, are among them and may be his most well-known works.

Anthony Mackie on why most movies today are trash.

"You're now making movies for 16-year-olds and China. And that's it." pic.twitter.com/qSbo6ar5bN

However, Mackie wasn’t always a big fan of corny superhero flicks. In fact, in a recently discovered clip from 2017, Mackie discussed Hollywood’s infatuation with superheroes.

As heard in the video, Mackie takes Hollywood to task for the garbage it is currently producing.

He continued to describe what had changed and why it had changed, claiming that action movies had been replaced by superhero pictures, and Hollywood had made this transformation even more pronounced by limiting its production to movies aimed towards youths and the Red Chinese market.

He continued by saying that rather than merely attempting to produce terrific films that everybody will love, companies are increasingly producing films for targeted audiences.

Hollywood is addicted to superhero movies, but without stars like Mackie who participate in the constant rehashes of the same superhero stories with a few small plot tweaks and improved special effects, Hollywood wouldn’t be able to sustain that. And Mackie has accomplished this, making appearances in a number of Marvel movies and his own Marvel series on Disney+.

Even though Mackie may bemoan the action star’s passing at the hands of the superhero film, he shares some of the guilt.