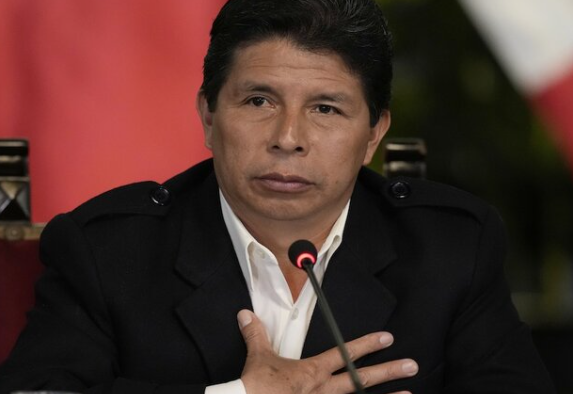 Over the past few decades, authoritarianism has been more prevalent in Central and South America. Venezuelan and Salvadoran presidents have taken steps to amend their constitutions to allow for longer or consecutive terms in office. When he attempted a similar action, the president of Peru utterly destabilized his country.

Peru had a busy day on Wednesday, December 7. President Pedro Castillo, who has been impeached twice, dissolved Congress by executive order. He received criticism for the action from officials in the US and Peru. US Ambassador Lisa Kenna pleaded with him to change his mind.

The legislative assembly decided to depose the leader in retaliation for his acts. Authorities then detained him for the offense of insurrection. Dina Boluarte, the vice president, was sworn in as the new president of Peru, becoming the first female leader in the nation’s history.

Attorney Boluarte, 60, was chosen in 2021 to run with Castillo. She distanced herself from him after he dissolved Congress, calling his acts a coup. The incoming president is a multilingual speaker of Quechua, a language used by South American indigenous people.