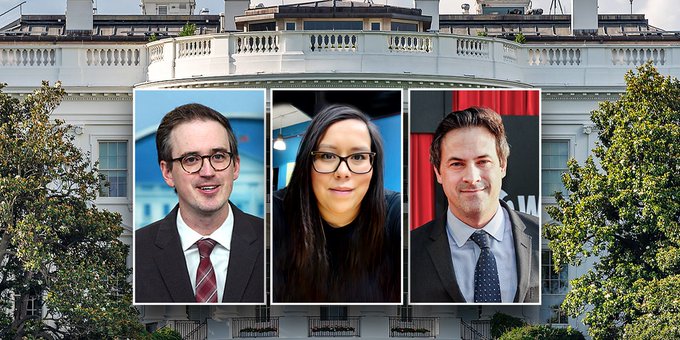 The president said on Wednesday that the federal government will forgive up to $10,000 in student debt for those making less than $125,000 per year or households making less than $250,000, despite concerns that the decision may worsen inflation.

Many members of the Biden administration who make too little money to qualify for student loan aid also owe money.

At least 12 West Wing employees have been identified by the monitoring group Inside Biden’s Basement as potentially eligible for the Biden gift.

According to Inside Biden’s Basement, the White House has not yet released the financial reports of over 300 employees, yet 336 of the 474 officials there make less than $125,000 annually.

However, the employees without disclosures are probably lower-level White House staff members who submit private form 450s that cannot be lawfully publicized.

A separate 175-person giant, agency officials, are not included in the figures from Inside Biden’s Basement.

Experts caution that waiving student loan debt may hurt the economy and only really help the wealthy.

According to Biden, his government will cancel student loan debt up to $20,000 for students who received Pell Grants while attending college and $10,000 for those who did not. According to Biden, the pardon only applies to anyone making less than $125,000 annually.