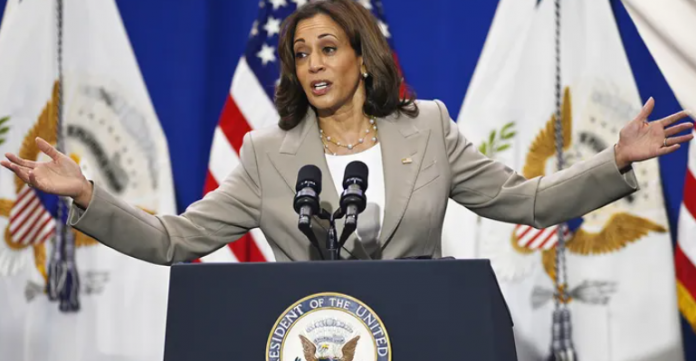 Kamala Harris, the vice president, came under fire for yet another wordy sentence that went viral on Tuesday.

Together with Education Secretary Miguel Cardona, Harris attended a roundtable discussion with student leaders at Claflin University in South Carolina. She got caught on the term “community” as she was describing how the Biden administration had invested in community banks.

Twitter users immediately made fun of Harris’ long, winding statement, which has come to be known as a “word salad.”

Matthew Betley, a columnist and screenwriter, replied, “You would think by now she’d have a copy editor to say, ‘Maybe we shouldn’t repeat the same word five times in the same sentence.'”

This is simply the most recent instance of Harris having a word stuck on repeat.

In response to the deadly shooting at an Independence Day celebration that left seven people dead, Harris remarked during a visit to Highland Park, Illinois: “We’ve got to take this stuff seriously, as seriously as you are because you have been forced to take this seriously.”