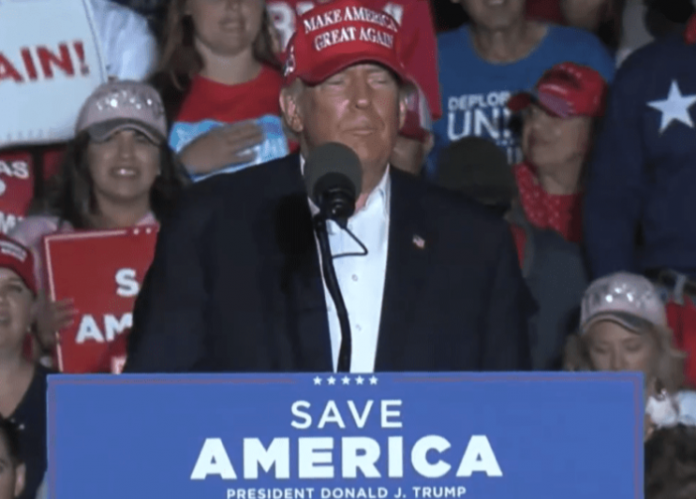 Supporters jammed into the Robstown venue gave Trump pause as they sang the Star Spangled Banner louder and louder as he continued to focus on the January 6 committee’s inquiry.

Trump, sporting one of his trademark red “Make America Great Again” caps, grinned and applauded as the crowd roared in approval after the “Home of the brave” phrase.

With just over two weeks until the midterm elections, Trump held a rally in Texas. With his freshly remodeled Boeing 757, dubbed “Trump Force One.” he landed in style.

Trump has hinted at another campaign for president in 2024, though he hasn’t really announced it. In the meantime, he’s backed a large number of people running for politics in the midterm elections.