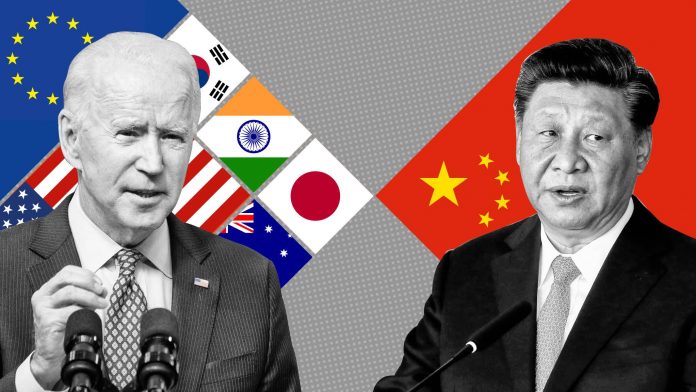 China, according to US Secretary of State Antony Blinken, is the most serious danger to the US. He presented the US strategy for reducing the Chinese Communist Party’s (CCP) control while strengthening ties with US allies.

As a result, he stated that the administration must defend American employment, strengthen ties with allies, retain the US military edge, resist unfair trade practices, and restrict the CCP’s influence.

Human rights in Xinjiang, Taiwan’s right to self-determination, Hong Kong’s autonomy, the origins of the coronavirus pandemic, China’s unfair trade practices, the Chinese military’s global expansion, the right of all nations to access maritime shipping lanes, and China’s aggression in the Indo-Pacific are all factors contributing to US-China tensions.

Allies of the United States are suffering at the hands of the CCP. Southeast Asian countries are being harmed by China’s unlawful fishing efforts. China has given money with ambiguous terms through the Belt and Road Initiative (BRI), promoting corruption and increasing the debt burden of some of the world’s poorest countries. The quantity of employment produced for locals has reduced as a result of Chinese corporations developing megaprojects in other nations utilizing Chinese labor. Quality criteria are frequently not reached on BRI projects, resulting in substandard infrastructure that the host nation must pay for. Furthermore, the Chinese state exploits natural resources and degrades the environment in developing countries.

According to Blinken, the US is more aligned with its friends now than in the past, and is in a stronger position to confront China. He reiterated the US’ support for Lithuania, a tiny country that recently made worldwide headlines for defying Beijing’s intimidation over Taiwan ties. Furthermore, he stated that the US is willing to work with other like-minded countries to combat the CCP.

The PLA has increased the frequency of military maneuvers in the Indo-Pacific, sending a large number of J-16 fighters, H-6 long-range bombers, and anti-submarine and observation aircraft, infringing on Taiwanese seas and airspace.

According to Blinken, the new US policy would be based on a position of strength, with the US sharing diplomacy, military force, and information with its Asian allies.