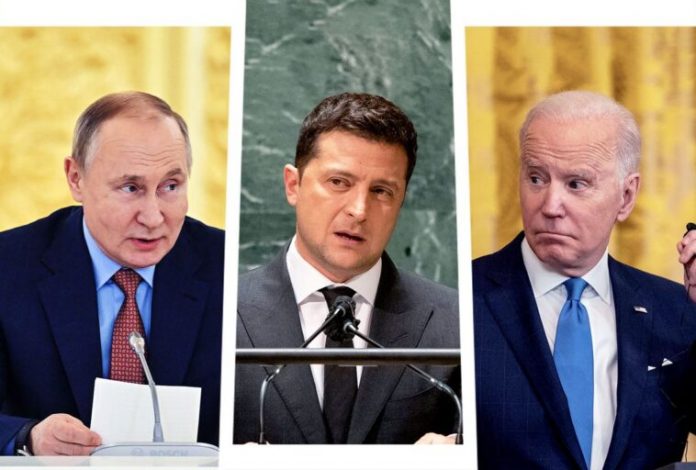 On Thursday, Ukrainian President Volodymyr Zelensky, 44, spoke out from what seems to be a bunker, claiming that he is Russia’s number one target and that his wife and two children are number two.

In a release, Zelensky emphasized that he is aware about a lot of misinformation going around, specifically about him leaving Kyiv. He assured that he is still in the capital and is staying with Ukranians. He further said that his family is not a traitor. He divulged that they got an intel that he was marked as enemy number one and number two is his family. He then continued to say that sabotage groups have now entered Kyiv, the more reason for him to stay and fight.

He said that they were left alone to fend for their state. He honestly thought that no one is ready to fight with them as everyone is now afraid to do such a thing. He further noted  that everyone is telling him that they are with him, but no one wants to fight.

According to Zelensky, he directly asked twenty-seven leaders of Europe whether Ukraine will be in NATO, unfortunately no one answered.