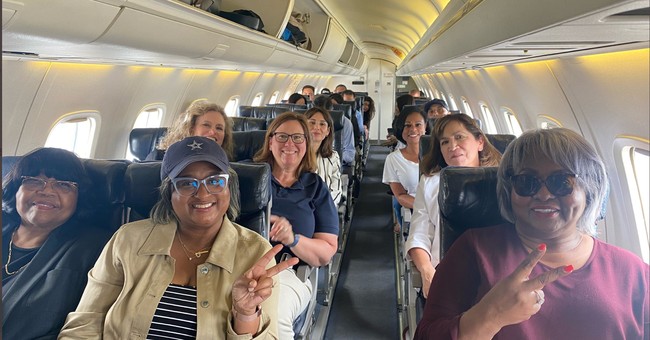 Yesterday, Texas Democrats abandoned their state representative duties and boarded private jets without masking to travel to Washington D.C. in search of “refugee” They fled the state to prevent Republicans from passing a new voter integrity bill and obtaining quorum.

My Democratic colleagues and I are leaving the state to break quorum and kill the Texas voter suppression bill.

We’re flying to DC to demand Congress pass the For The People Act and save our democracy.

This bizarre behavior is being mocked widely.

Hard to imagine a more delusional group of people – thinking that lying about these bills, hopping on a chartered flight, sipping beer, and skipping work is “sacrifice.”


Nice photo. Meanwhile non-politicians, aka regular citizens, are subjected to masking between “sips and bites” with a ban on flying for non-compliance. https://t.co/bku00cYPUN pic.twitter.com/EXjrv0iAQS

Texas Governor Greg Abbott threatens the legislators with arrest for refusing to report to work.