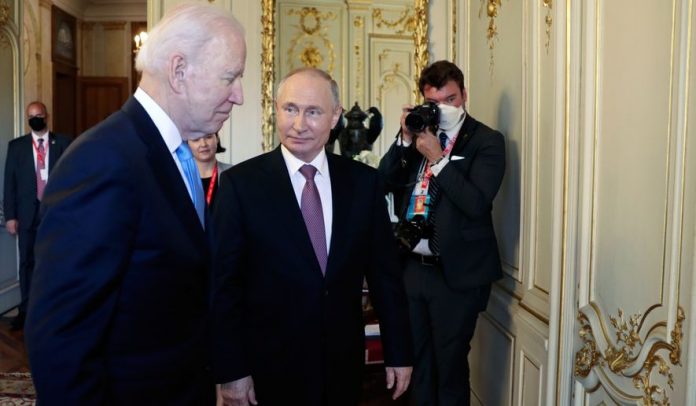 In a phone conversation Friday, President Biden asked Russian President Vladimir Putin to act to end persistent ransomware attacks on the U.S. and warned that there would be consequences.

“I made it very clear to him that the United States expects, when a ransomware operation is coming from his soil, even though it’s not, not sponsored by the state, we expect him to act, given enough information to act on who that is,” Mr. Biden told reporters at the White House.

This was the exact message that Mr. Biden gave to Mr. Putin at a summit last month. It was apparently unsuccessful. He warned Mr. Putin yet again that the U.S. was ready to retaliate.

Asked if there would be consequences for the latest attacks, Mr. Biden said “yes” without elaborating.

The president stated that he was encouraged by the U.S.’s and Moscow’s “setup a means for communications now, on an ongoing basis to be able communicate to each other when either of us thinks about something’s happening elsewhere and it affects the entire country.”

Russian hackers are accused of attacking a contractor for the Republican National Committee last week, while Russian cybercriminals with the gang REvil also launched what is believed to be the single largest global ransomware attack around the same time.

“President Biden underscored the need for Russia to take action to disrupt ransomware groups operating in Russia and emphasized that he is committed to continued engagement on the broader threat posed by ransomware,” the White House said in a statement before Mr. Biden spoke.

“President Biden reiterated that the United States will take any necessary action to defend its people and its critical infrastructure in the face of this continuing challenge.”

Despite tensions, Biden was able to compliment Putin for his efforts to aid Syrian refugees.

“The leaders commended the joint work of their respective teams following the U.S.-Russia Summit that led to the unanimous renewal of cross-border humanitarian assistance to Syria today in the UN Security Council,” the White House stated.