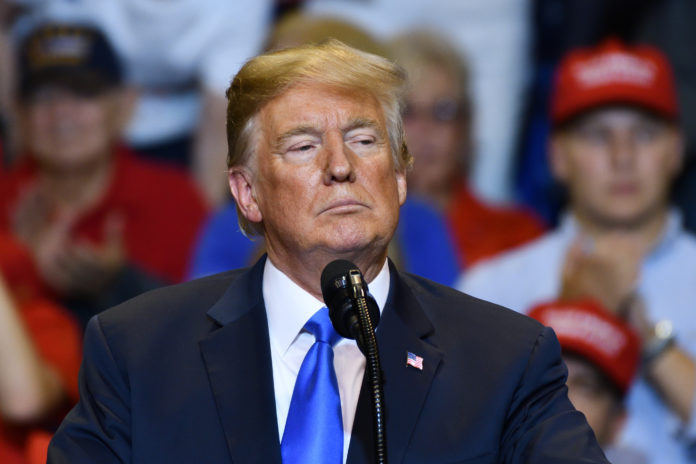 Trump, the former President, warned Republicans Monday that Democrats could play them as “losers” during bipartisan infrastructure negotiations. This was as senators rush to strike a deal this week.

“Senate Republicans are being absolutely savaged by Democrats on the so-called ‘bipartisan’ infrastructure bill. Mitch McConnell and his small group of RINOs wants nothing more than to get a deal done at any cost to prove that he can work with the Radical Left Democrats,” Trump said in an emailed statement.

“It is so important to him that he is agreeing to almost anything. Don’t do the infrastructure deal, wait until after we get proper election results in 2022 or otherwise, and regain a strong negotiating stance. Republicans, don’t let the Radical Left play you for weak fools and losers!,” he continued.

Talks to seal a deal continued over the weekend after Senate Republicans defeated a procedural vote brought by Senate Majority Leader Chuck Schumer (D-NY) that would have allowed debate on the $1.2 trillion infrastructure bill.

But the senators are racing the clock and trying to get a bill on the floor before Congress leaves town for the August recess.

Sen. Rob Portman (R-Ohio), one of the leading Republican negotiators, told ABC News’ “This Week” on Sunday, “We’re about 90 percent of the way there” and expressed hope that it could get done by this week.

Talks stalled over the amount of public transit funding.

Democrats and the White House sent a “global” offer to Republicans late Sunday on the unresolved issues, the Associated Press reported Monday.

Democrats and the White House sent a “global” offer to Republicans late Sunday on the unresolved issues, the Associated Press reported Monday.

Schumer stated that he would like to pass the $1.2 trillion infrastructure bill with bipartisan support. A companion $3.5 trillion spending plan will also be passed this week, before the recess.

He plans to pass the spending plan by reconciliation, which is a Senate procedure that allows Democrats to approve it with a simple majority vote and bypassing Republicans.