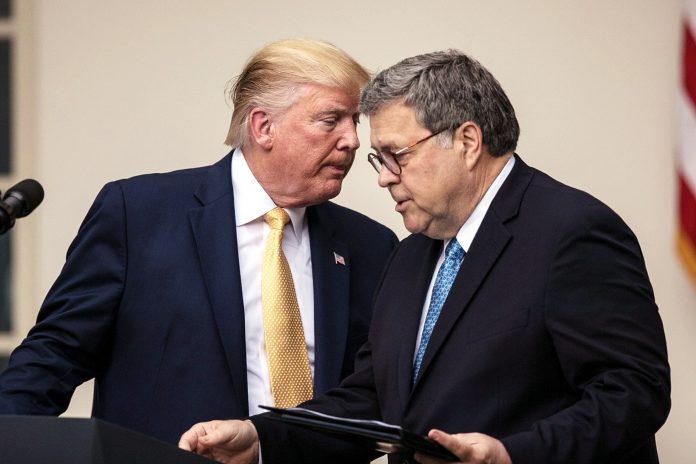 Over the next few months, there are many anti-Trump books that will be available. Jonathan Karl, a veteran ABC White House correspondent, has written “Betrayal”.

A portion of Karl’s book was published in The Atlantic last weekend. It provided details about former Attorney General William Barr’s relationship with President Trump during the final days of his presidency.

It does not paint President Trump in a positive light.

According to the book Barr said that he gave his consent for prosecutors looking into allegations of voter fraud. However, there was nothing and Barr continued to claim that President Trump’s assertion that voting machines had switched votes was “just bullshit.”

Jonathan Karl was told by Barr that Senator Mitch McConnell urged him against Trump’s allegations of election fraud. Barr explained to Jonathan Karl that McConnell believed that the allegations had damaged the GOP as well as the country. He was particularly concerned about the fact that fraud was being repeated in Georgia’s Senate run-off elections.

Since then, Senator McConnell confirmed Barr’s account of Karl’s book.

According to “Betrayal,” Barr eventually met with President Trump to tell him to tone down the rhetoric. Barr’s memories of the conversation between himself and President Trump are recounted in the book.

According to reports, Trump cursed Barr during their conversation and asked him “how the hell could you do that to me?”

The revelations in this excerpt prompted a response from former President Trump who on Sunday released a scathing attack against his former AG.

Trump called Barr a RINO and accused him of failing to investigate election fraud, as well as letting down the American people. Trump criticized Barr’s inaction to bring the ex-Obama people to justice for Crossfire Hurricane. He parenthetically asked, “Where’s Durham?”

Trump continued to claim that Barr “came into the room with a semi-bang, and went out with an utter whimper.” He also pointed out that Barr had warned before the 2020 election that over-reliance upon mail-in voting would increase fraud risk. Trump then accused Barr of not doing anything about it.

In the same statement, Trump turned his sights on Mitch McConnell (“another beauty”) for doing nothing about election fraud. He then blamed both Barr’s and McConnell’s inaction for Americans no longer believing their vote matters.

Jonathan Karl spent five hours at Mar-a-Lago interviewing Trump people in preparation for his book, “Betrayal”. This included a 90-minute interview with Trump himself.