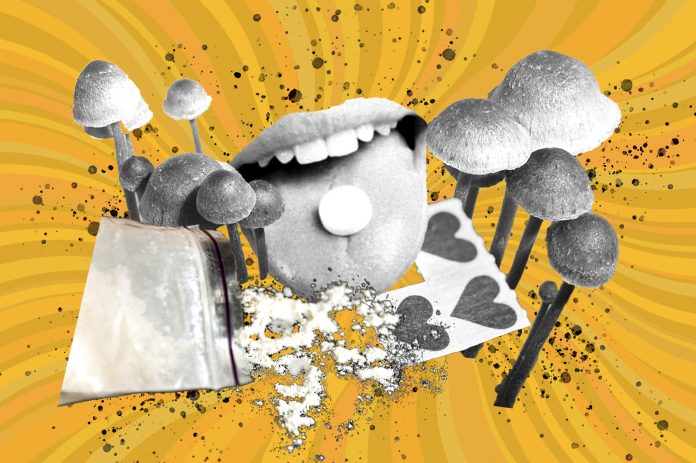 Five years after California legalized cannabis, California’s Senate voted in favor of a bill to decriminalize possession and non-commercial trading of psychedelic drugs.

This is especially ironic considering that this is the same California legislature that approved a ban on the sale of vaping products which was to go into effect at the beginning of the year. The vaping ban was delayed only after a petition campaign was launched to let voters decide on the ban in November 2022.

Only California politicians would consider vaping a bad thing, but LSD is great!

The psychedelic bill is authored by Democrat Senator Scott Wiener of San Francisco. Wiener is the same Senator who wrote the 2017 California law that decriminalizes knowingly infecting others with HIV.

According to Wiener, “The War on Drugs” that locked up countless people on drug charges did not work. Arrests and imprisonments haven’t reduced drug use or addiction, nor has it reduced overdoses. So, according to Wiener, the only solution is to decriminalize drugs.

(Apparently Wiener hopes “The War on Vaping” will be more successful.)

Wiener’s bill would allow the legalization of magic mushrooms, Ecstasy, and other hallucinogenic substances. It would prohibit the sale of such psychedelics in government-sanctioned shops, like those that sell cannabis. It creates a framework that will allow California to regulate the future use of psychedelic substances.

There is no doubt that the products also benefit from sales tax.

Scientific research is the justification being used in this effort to decriminalize psychedelic drugs. Research into the potential benefits of their use to treat PTSD, depression and anxiety are becoming mainstream. Though, the bill goes well beyond legalizing the drugs for medical purposes.

Despite the fact that both the Senate, and the Assembly are firmly in Democratic hands, there is still some disagreement among Democrat legislators about the measure.

Wiener’s bill passed the state Senate in June with just the minimum votes. The legislation was passed by the Assembly Public Safety Committee this week and will now be sent to the Assembly for a full vote.