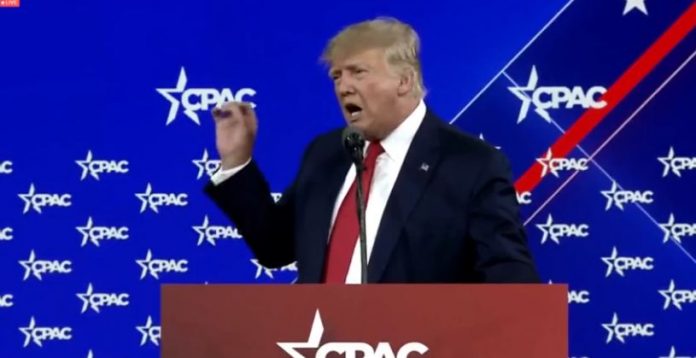 Donald Trump has confirmed that he would run for president again in 2024, after hinting at a run since his loss in the 2020 election.

While Trump emphasized his support for the Ukrainian people and called President Volodymyr Zelenskyy a brave guy, he also mentioned his ties to other powerful autocrats. He notably mentioned his friendships with Chinese President Xi Jinping and North Korean leader Kim Jong Un.

BREAKING: President Trump to run in the 2024 Presidential Election.

Trump then made it clear that he is the most dominant voice in Republican politics by announcing that he will run for president again in 2024. “We’ve done it twice before, and we’re going to do it again,” Trump added. “For the third time, we’re going to do it.”

“They’re going to find out the hard way, starting on November 8th and then again, even more so on November 2024,” Trump further added.

“They’ll find out like they’ve never found out before,” he continued. “We’ve done it twice already, and we’ll do it again.” We’re going to do it all over again. “For the third time.”

“Millions of ordinary individuals will rise up against left-wing fascists in 2022,” he said. “We shall all work together to restore America’s greatness.”

In an interview at CPAC Orlando, Donald Trump discussed his goals for 2024.