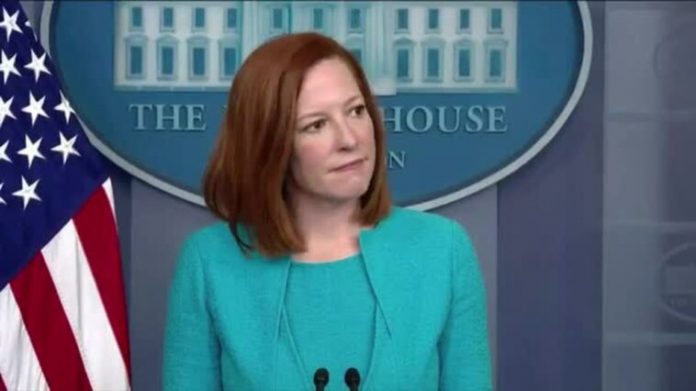 Ms. “Circle Back,” Jen Psaki, has been said to be leaving her post as White House press secretary and transferring into the leftist media.

Jen, on the other hand, hadn’t addressed the rumors until a reporter asked, “Can you confirm that you are searching for a job at CNN or MSNBC?” at a news conference on Friday the 25th.

CNN interim co-president Amy Entelis and CNN+ programming lead Rebecca Kutler were in Washington earlier this month on a top-secret, mission-critical recruiting mission. Their efforts to woo a new perspective on-air talent who, in their eyes, had the potential to become a major star both in the CNN roster and its nascent streaming service had not been hampered by the brand’s turmoil.

Less than a week later, NBC News Chairman Cesar Conde and MSNBC President Rashida Jones traveled to Washington to meet with the same talent, with the hopes that she would one day join their networks in a flagship capacity, potentially even taking the top spot in primetime on MSNBC.

It’s plausible that CNN and MSNBC are both short on talent and are seeking for someone, anyone, with at least semi-positive name recognition among leftists, and that Psaki meets the criteria.

If that’s the case, it’s understandable that they’d be courting her and that she’d try to deflect the rumors for as long as possible.

Furthermore, if you look at what she actually said, she didn’t declare she’d never work for a communist publication. She just stated, “Not yet.” That’s a lot less certain and might indicate anything.

So, while we’re stuck with Psaki for the time being, that doesn’t mean she’ll be around forever.