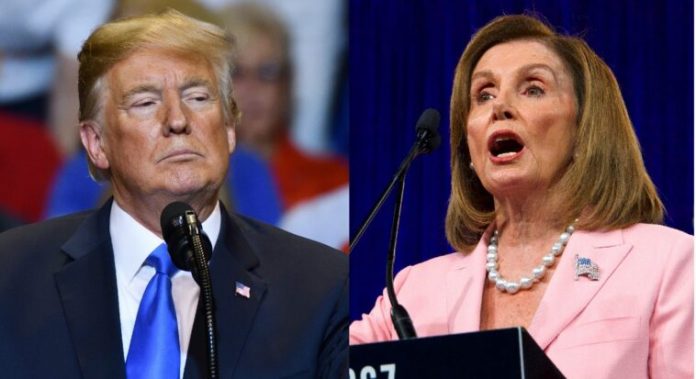 Nasty Nancy isn’t just a career Democrat politician who’s suddenly in a pickle because Brandon the Bumbler has the potential to fall the  house of cards she’s built over the last few years.

No, the Wicked Witch of the West is also a well-known real estate and stock entrepreneur, with a vast portfolio of valuable properties and stock trades that would make Warren Buffett blush.

Of course, the inference is that she utilizes her political knowledge to time those trades, as we witnessed with her profiting from Tesla shares, which she purchased right before new legislation was approved, giving TSLA a significant bump.

The public outrage over Nancy’s stock trades, as well as those of many other apparently corrupt politicians on the right and left, has been strong, prompting some of the less corrupt and more populist members of the legislature to call for a ban on legislators selling stocks. For example, Kevin McCarthy previously called for a outright ban.

Nancy, on the other hand, has fought back, stating that lawmakers should be permitted to trade stocks since it’s a free market.

This has sparked indignation from all quarters. Walter Schaub, an Obama ethics official, said:

“What a disgusting comment. This is the opposite of government ethics. Nobody kidnapped these members of Congress when they were private citizens, dragged them to Washington and forced them to be in Congress. The American people are sick of members of Congress buying and selling stock and creating the appearance of trading on insider information. They should absolutely be banned from trading stocks. Let them buy diversified mutual funds. Let them buy government bonds. But bar them from trading stocks for crying out loud.”

Criticism has come from the right too, most recently from former President Donald Trump, who absolutely unleashed on Nasty Nancy the Stock Trader and called for a total ban on legislators trading stocks. Speaking about Pelosi’s stock trading on a press call, he said:

Trump is absolutely correct. When politicians utilize insider information to profit from stock trading, they are exploiting the rest of the population. It’s past time they were not only prosecuted for insider trading, but also barred from doing so in the future.