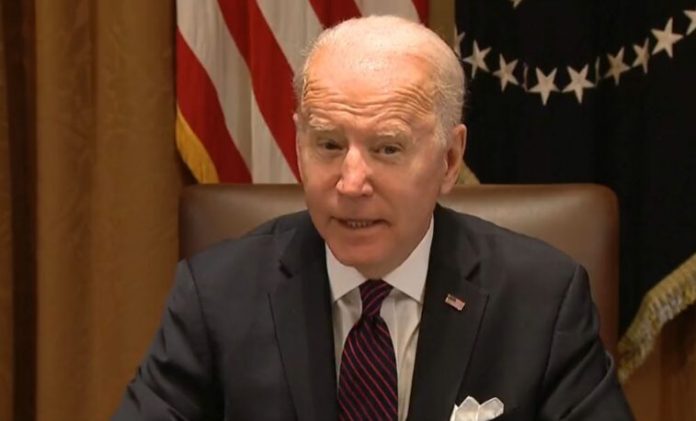 After a humiliating news conference on Wednesday in which the president appeared to urge Russian President Vladimir Putin to conduct a little incursion into Ukraine, the Biden administration was in full damage control on Thursday.

“It’s one thing if it’s a minor incursion and then we end up having a fight about what to do and not do, et cetera. But if they actually do what they’re capable of doing with the force they’ve massed on the border, it is going to be a disaster for Russia if they further invade Ukraine.” Biden explained.

On Thursday, in an attempt to clarify what he meant when he said Russia had launched a minor incursion into Ukraine, the statement appeared to undermine an intense diplomacy, spearheaded by the US at deterring the invasion of Russia.

“That’s also not the only scenario we need to be prepared for. Russia has a long history of using measures other than overt military action to carry out aggression, and paramilitary tactics, so-called gray zone attacks and actions by Russian soldiers not wearing Russian uniforms. Remember when they moved into the Donbass with the Little Green Men? They were dealing with those who were Russian sympathizers and say that Russia — nobody in there. Well, that includes Little Green Men and uniforms as well as cyber attack. We have to be ready to respond to these as well in a decisive and united way with a range of tools at our disposal. The Ukrainian foreign minister said this morning that he’s confident of our support and resolve and he has a right to be.” Biden said in a statement, which made more people anxiously confused.