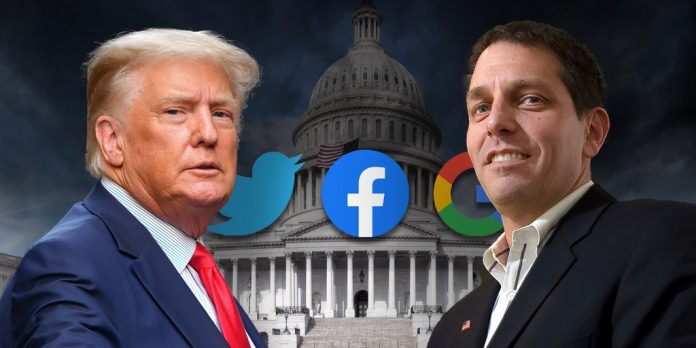 Donald Trump, the former President, is amending his lawsuit against Big Tech Companies Facebook, Twitter, and Google to include some 65,000 censorship stories submitted by American citizens.

According to the America First Policy Institute, the lawsuit, filed July 7, is adding ”additional censorship experiences” from 65,000 citizens that sent their stories into the institute’s website.

”The Amended Complaints include additional censorship experiences and incorporates additional class representatives, including Dr. Naomi Wolf and Wayne Allyn Root — individuals on opposite ends of the political spectrum who highlight the bipartisan need to protect the thoughts and voices of all Americans, regardless of political affiliation.”

Trump’s class-action suit alleges the social media giants violated his First Amendment rights by suspending his accounts while he was the sitting president, and charges that they are now ”state actors” by collaborating with the federal government on what information is ”misinformation,” and subject to censorship, The Washington Post reported July 8.

During a press conference to announce the lawsuit, Trump stated that he was demanding an end of the shadow-banning and a halt to the silencing.

This suit seeks to repeal Section 230 of the Communications Decency Act. It protects social media platforms against litigation brought against traditional media publishers.

Critics were quick to dismiss Trump’s chances at emerging from the suit victorious.

Trump’s claims that the companies were ”working directly with government actors to censor free speech” may have been validated recently by the administration of President Joe Biden when White House Press Secretary Jen Psaki said during a recent press briefing that the federal government was collaborating with the companies to ”flag misinformation” on the COVID pandemic.

”I would say first, it shouldn’t come as any surprise that we’re in regular touch with social media platforms — just like we’re in regular touch with all of you and your media outlets — about areas where we have concern, information that might be useful, information that may or may not be interesting to your viewers,” Psaki said during her July 16 press briefing. ”You all make decisions, just like the social media platforms make decisions, even though they’re a private-sector company and different, but just as an example.”

She stated that they should ban anyone who promotes what they consider misinformation, not just from one platform but across all platforms.

”A couple of the steps that we have — you know, that could be constructive for the public health of the country are providing for — for Facebook or other platforms to measure and publicly share the impact of misinformation on their platform and the audience it’s reaching, also with the public, with all of you to create robust enforcement strategies that bridge their properties and provide transparency about rules,” she said. ”You shouldn’t be banned from one platform and not others if you — for providing misinformation out there.”