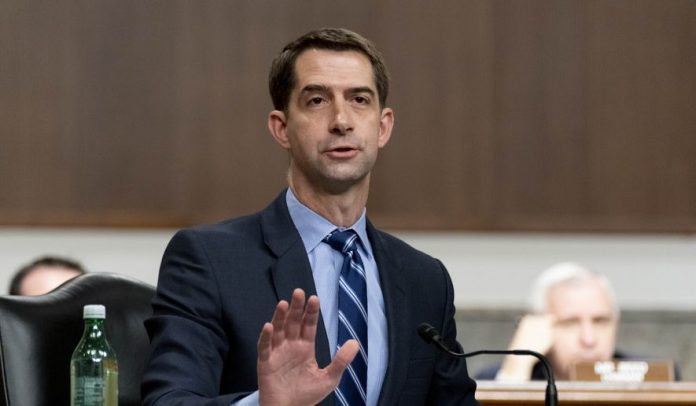 On Friday, Sen. Tom Cotton called for President Biden’s apology to Kyle Rittenhouse. A jury had acquitted Rittenhouse on all charges related to the fatal shootings of two people last year during the racial justice protests in Kenosha.

“There’s no other way to put it: the President of the United States refused to disavow white supremacists on the debate stage last night,” Mr. Biden wrote in September 2020.

There’s no other way to put it: the President of the United States refused to disavow white supremacists on the debate stage last night. pic.twitter.com/Q3VZTW1vUV

“What I’m not going to speak to right now is an ongoing trial nor the president’s past comments. What I can reiterate for you is the president’s view that we shouldn’t have, broadly speaking, vigilantes patrolling our communities with assault weapons,” she said.

His mother, Mrs. Rittenhouse, said that Mr. Biden had “defamed her son” earlier this month. Fox News reported that he was not a white supremacist nor a racist.

“I was in shock. I was angry. President Biden doesn’t know my son, whatsoever,” Wendy Rittenhouse to Fox News’s Sean Hannity. “He did that for the votes. I was so angry for a while at him and what he did to my son.”

While Ms. Psaki was giving her daily press briefing, the verdict was reached. She declined to comment on the case.

Obviously, this happened while I was out here,” she said. “Let me talk to the President and talk to our team and we will get to a statement as soon as we can.”

Ms. Psaki declined to comment when asked about Rittenhouse’s decision to not refer to Rittenhouse victims in court.

“I’m not going to give an assessment of this from here,” she said. “Let us get you a statement as soon as we can.”

He was not convicted of the shooting of three men as he fled from a group of attackers. Two of the victims were killed and one was injured by Rittenhouse’s bullets.

The shooting occurred during the August 2020 riots which took place in Kenosha. It was in response to Jacob Blake’s shooting. Blake, a 29-year-old Black man, was shot by a White officer during a domestic disturbance.