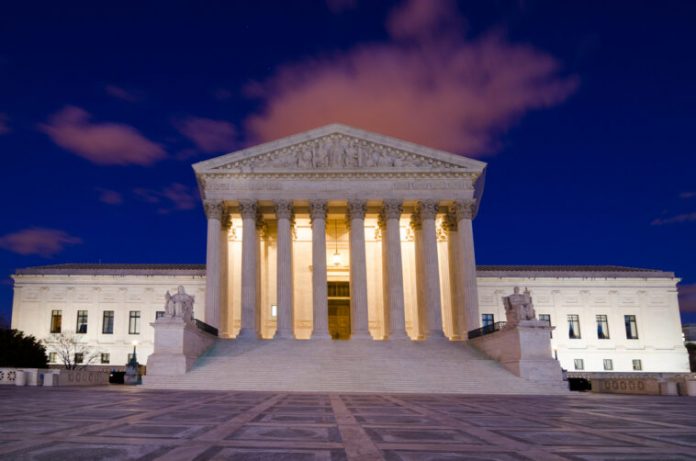 The U.S. Supreme Court failed again to defend Americans’ God-given right to bodily autonomy, and control over their health. According to some, the nation’s highest court was controlled by ‘conservative justices’ and rejected a Maine worker’s appeal against a mandate for vaccines.

The Associated reported that the Supreme Court rejected an appeal by healthcare workers in Maine to stop a Friday vaccine mandate.

The AP then reported: “The state is not offering a religious exemption to hospital and nursing home workers who risk losing their jobs if they are not vaccinated.”

“Maine’s requirement was put in place by Democratic Gov. Janet Mills,” the report added. “A federal judge in Maine declined to stop the mandate, concluding that the lawsuit was unlikely to succeed. The Oct. 13 decision prompted a flurry of appeals that landed, for a second time, in the Supreme Court.”

“The Liberty Counsel, which filed the lawsuit, claimed to be representing more than 2,000 health care workers who don’t want to be forced to be vaccinated,” the report went on to state.

“Dozens of health care workers have opted to quit, and a hospital in Maine’s second-largest city already curtailed some admissions because of an ‘acute shortage’ of nurses,” the AP continued to add.

“Healthcare workers who have served on the front line of a pandemic for the last 18 months are now being fired and their practices shuttered,” wrote Gorsuch, joined by the two other dissenters. “All for adhering to their constitutionally protected religious beliefs. Their plight is worthy of our attention. I would grant relief.”