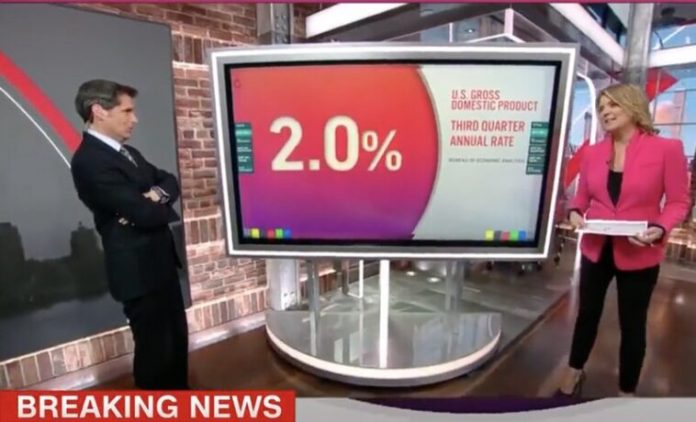 “Breaking news! Brand new GDP numbers released just moments ago,” the CNN host stated excitedly. “I’ve got no idea what they are, but chief business correspondent Christine Romans does!”

The other left-wing host exclaimed, “OOOOOH!” Realizing that Joe Biden had once more failed his country, he exclaimed.

“That was less than expected,” continued to state Romans. “And it’s a downshift from the spring when we had a really robust 6% economic growth, and I’m going to tell you why, no surprise here, but the Delta variant was surging”, stated Romans, even though Biden claimed he would “crush” this virus.

She then listed a bunch more excuses, which hilariously did not include the main culprit Joseph Robinette Biden.

WATCH: CNN is shocked by the "sharp deceleration" in economic growth under Joe Biden. pic.twitter.com/ElqcROUNm3

Fox Business reports on the "weaker than expected" economic growth under Biden pic.twitter.com/groc66DEAk