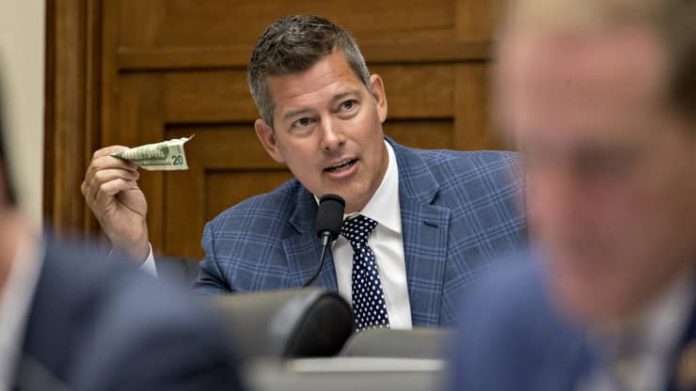 As the week draws to a close, Capitol Hill politicians are being examined for what has just happened in both chambers.

The U.S. Congress’ main goal was to pass “President Joe Biden”‘s signature spending bills before he left for the G20 Rome Summit in Italy.

The top leaders of the 20 largest economies were due to meet at Rome Convention Centre “La Nuvola”, in the city’s EUR district. The Media Centre is located within the Congress Arena (‘Palazzo dei Congressi’), which is also in the same district.

Despite making huge concessions on the human infrastructure, “Build Back Better” reconciliation bill, which dropped the cost to below $2T, neither bill was brought to the floor by the U.S. House for a vote.

Duffy is a strong supporter of President Donald Trump. He was also a cast member of MTV’s “The Real World” before entering politics. Duffy recently resigned from his Wisconsin congressional seat in order to spend more time with his loved ones.

During the conversation, Mr. Duffy said that President Joe Biden’s expansive Build Back Better agenda with its accompanying spending package was likely for passage.

However, he warned that this could backfire on Democrats heading into the midterm elections in 2022.

“I think we have learned about the president, he’s not a closer,” McEnany said.

“Politics is messy. Negotiation is messy and I don’t like this but I do think Democrats are gonna get this deal done. They are going to get infrastructure done, they’re gonna get the socialist Build Back Better $4 trillion bill done,” Duffy replied.

“Americans don’t like big spending bills especially when they don’t know what’s in it and the more time they have the more they don’t like it,” Duffy continued, saying that passing the bill despite public disapproval could cost the Democrats in 2022. “So right now you might only have 15 House Republicans that could lose their seats. If they pass this, you’re going to see 40, 50 Democrats that could lose their seats. Catastrophic for the party. Passing the bills is catastrophic for America.”

As long as integrity measures and election systems are in place to prevent voter fraud, I’m with the ex-congressman.

I find the goal of allowing one vote per legally registered voter to be very American.