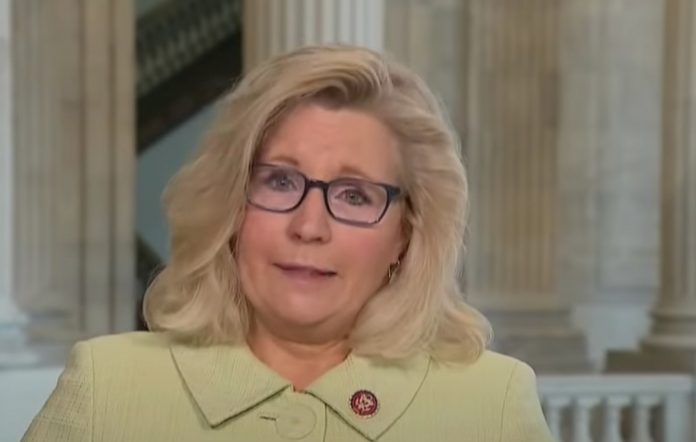 Liz Cheney, the anti-Trump RINO from Wyoming, has taken the RNC a long time to deal with. Though the Wyoming GOP chastised her for her leftist alliances, including her vote to impeach Trump, the Republican National Committee has done little to rein in the obnoxious RINO.

The RNC’s resolutions committee voted on Thursday to condemn Liz Cheney and Adam Kinzinger, either to rekindle its popularity among disillusioned MAGA voters or just because it is unhappy with Cheney. The unanimous vote to reprimand both was prompted by their participation in the January 6th Committee, a leftist ruse to make Republicans appear bad.

Cheney, understandably, was enraged by her criticism and issued a smirky comment.

Her statement reads: “The leaders of the Republican Party have made themselves willing hostages to a man who admits he tried to overturn a presidential election and suggests he would pardon Jan. 6 defendants, some of whom have been charged with seditious conspiracy. I’m a constitutional conservative and I do not recognize those in my party who have abandoned the Constitution to embrace Donald Trump. History will be their judge. I will never stop fighting for our constitutional republic. No matter what.”

She is not just simply arrogant, but she also wants to imprison the Republican base for sedition.

It will be, and it will look favorably on the MAGA movement, who have finally begun to push back against the uniparty’s tyranny.

At least in the instance of Cheney, the criticism is strong, although it may be unwarranted. Because, despite the fact that she deserves to be punished for joining the communist charade and organizing a Grand Inquisition for Trump supporters, she may not be in government for long.