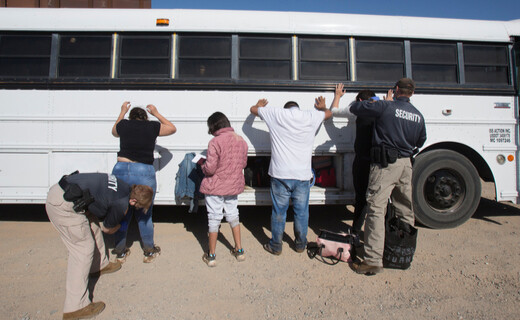 According to a recent news statement from the office of Texas Governor Greg Abbott, the first busload of migrants to go from Texas to New York City landed in the sanctuary city. Earlier this year, the Texas Republican began busing migrants to the nation’s capital.

The governor stated that Texas was being overrun as a result of open border policies and ordered the Texas Division of Emergency Management to set up buses to carry migrants from Texas to Washington, D.C.

The decision to eliminate Title 42 by the Biden administration served as the impetus for the transfer action. The designation is a public health order that permits swift expulsion of immigrants in certain circumstances in an effort to stop the spread of contagious illnesses. However, a federal court ultimately decided that the policy’s termination order should be postponed.

Up until now, the buses have only been transporting migrants to Washington, DC, but suddenly they are now traveling to New York. This week, some migrants said that New York was their final goal.

In accordance with a statement from Abbott’s office, the region is obligated to offer emergency refuge to anybody without housing under New York City housing rights regulations. The State of Texas has forced to take extraordinary measures to protect our communities because President Biden continues to deny the catastrophe brought on by his open border policies, Abbott said in a statement.

The perfect location for these migrants is not just Washington, DC, but also New York City, where they can take advantage of the numerous municipal services and housing options that Mayor Eric Adams has bragged about in the sanctuary city.

Governor Abbott has so far brought 6,000 migrants to Washington, DC, since April. This is a part of a bigger campaign against illegal immigration and a criticism of Biden’s inclusive policies.