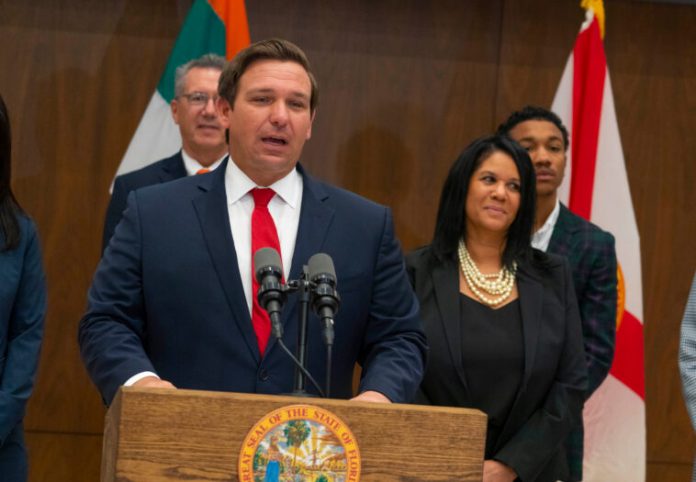 In a recent press conference on monkeypox and the threat it poses, Florida Governor Ron DeSantis wasn’t holding back in calling out the mainstream media and fake news purveyors for trying to incite fear by spreading false information about the virus. He also vowed that Florida would not succumb to fear under his leadership.

Governor DeSantis reminded Floridians of how government officials in the past exploited both Covid and AIDS to spread panic when speaking about that in a speech in which he vowed that Florida authorities will concentrate on the actual facts rather than the drivel promoted by fear-peddlers in the media.

“I am so sick of politicians, and we saw this with COVID, trying to sow fear into the population. We had people calling, mothers worried about whether their kids could catch it at school. And we’re not gonna go back to like Fauci in the eighties where he was trying to tell families they were all gonna catch AIDS watching TV together.”

DeSantis continued by promising that his administration will not give in to the absurd frenzy.

DeSantis continued by pointing out that other states are beginning to declare states of emergency over what primarily appears to be an STD spread by promiscuous, gay men, and claimed that the real purpose of such declarations is to allow the governors and governments of those states to restrict the freedoms of their citizens in a way they otherwise would not be able to.

At the press conference, he wasn’t the only speaker who addressed the issue of monkeypox scare tactics. Joseph Lapado, the Florida’s Surgeon General, concurred, denouncing the media for contributing to the monkeypox scare and claiming that they are attempting to scare you into doing whatever it is they want you to do.

Lapado concentrated on the ridiculous monkeypox headlines of numerous media sites while describing how they’re accomplishing that.