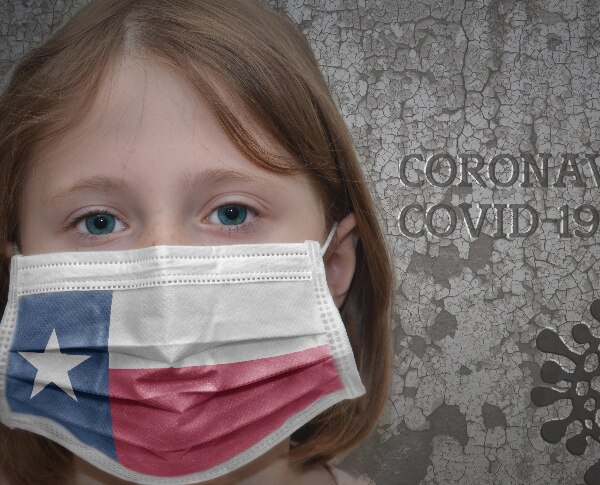 Two Texas judges ruled the governor could not prevent counties from imposing local mandates on masks.

On Tuesday, Judges in Dallas County and Bexar County blocked an executive order issued by Republican Governor Greg Abbott which outlaws local mask ordinances. San Antonio and Dallas officials filed lawsuits against this policy because of the rising Covid-19 rates in Texas and the high number of hospitalizations. The governor asks hospitals to limit optional procedures to free up beds for more Covid victims.

The judge in Dallas County ruled that the top elected official of the county “cannot be prevented from implementing mitigation strategies he believes to be sound, reliable, and backed up by scientific evidence.” The temporary restraining orders are in effect until Aug. 24, when the judge will hold another hearing.

Abbott and other high-ranking Republican officials indicated that they are not done fighting local mask ordinances. However, Texas has yet to reply to temporary court rulings in court filings.

These rulings are part of a wider national debate about mask mandates, as the highly contagious Delta variant spreads. Florida parents sued Governor Ron DeSantis over blocking mask mandates in local school districts, even though Covid infections and hospitalizations are on the rise in that state. Abbott repeatedly said that his position was a call to personal accountability for what he regards as authoritarian state action.

At least seven states, including Arizona and Arkansas, have banned local school districts from requiring masks on students. Other states, like California and Washington, have required masks in public schools, but left flexibility for districts and private schools. The national Centers for Disease Control and Prevention recently updated its guidance, citing the nationwide upwelling of delta infections, that all school children and staff should wear masks while indoors.

Abbott’s order threatens school districts with hefty fines if they require students or staff to wear masks –- a requirement that school district leaders in San Antonio and Dallas have defiantly announced for the fall semester that begins in a few weeks.

“The governor is not vested with authority to control everything that happens in the state,” Brent Walker, a lawyer for Dallas County’s top official said Tuesday in the Dallas court proceeding. “People are going to die unless we start doing more.”

In one opinion, Paxton — a political firebrand who spearheaded Texas’s lawsuit asking the U.S. Supreme Court to overturn the 2020 election in favor of ex-President Trump — reminded officials that the Republican-controlled 2021 Texas Legislature passed a law blocking municipalities from requiring proof of vaccination status to gain access to their facilities. New York City recently said customers must show so-called vaccine passports in order to use indoor restaurants and gyms.

Texas’s attorney general stated in a second opinion that he could not “definitely conclude” whether Abbott’s ban on masks conflicts with the federal Centers for Disease Control and Prevention mandate that all public transport passengers wear masks. Technically, that mandate is enforced by local officials.

“However, a court could conclude that the CDC and the TSA lack statutory authority to issue the face covering orders, particularly with respect to intrastate public transit systems,” Paxton said in a statement accompanying his opinion, which isn’t legally binding. “Furthermore, a court may have a basis to conclude that TSA’s directive violates the Americans with Disabilities Act or is an unconstitutional attempt to commandeer local officials to enforce a federal regulatory scheme.”