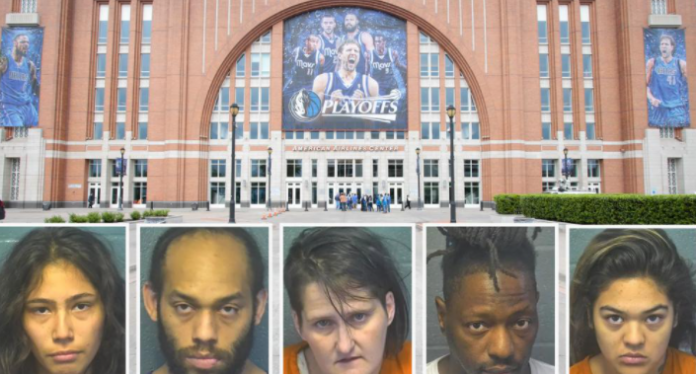 Eight individuals were arrested in Oklahoma City last month for allegedly trafficking a 15-year-old Texas girl at a Dallas Mavericks game, and the girl’s family is now wondering why more wasn’t done to bring her home sooner.

The youngster went to the toilet with her father at Dallas’ American Airlines Center on April 8 and never returned, according to her family’s attorney, Zeke Fortenberry of the Fortenberry Firm, PLLC.

She went missing for ten days before being found by law authorities on April 18 at an Extended Stay America motel in Oklahoma City, almost 200 miles away.

Fortenberry claimed that when the youngster did not return to her seat, her father quickly alerted arena security and Dallas police officers.

The Texas Counter-Trafficking Initiative (TXCTI), a nonprofit group that was able to track down nude photographs of the girl on a prostitution website, assisted the family in locating the kid.

Despite the girl’s family’s requests, the Dallas Police Department never looked into the issue because of Texas Family Code rules, which state that missing children are considered as runaways unless conditions appear to be involuntary, such as a kidnapping or abduction.

The family wants to know why Dallas officers and the American Airlines Center didn’t do more to assist find the girl sooner, and why Extended Stay America let a registered sex offender with a phony name and ID rent rooms.

The victim was repeatedly let down by the institutions and organizations involved in this case. At the Mavericks game, she should never have made eye contact with the man. According to Fortenberry, the Dallas Police Department should have moved faster to investigate leads and identify the adolescent before she was trafficked to Oklahoma.

By turning a blind eye to sexual exploitation taking on right in front of their eyes, the Extended Stay America motel in Oklahoma City placed profits ahead of humanity. The victim’s life will never be the same again. We aim to hold those guilty accountable and effect change within these organizations so that this never happens again.