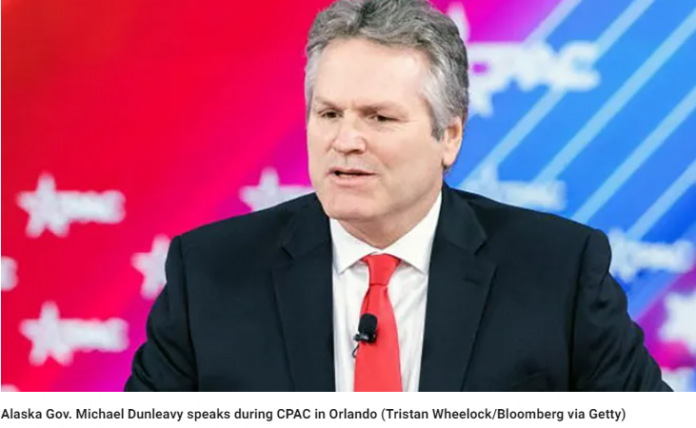 Alaska recently launched a lawsuit against the Biden administration, claiming that the federal government has not upheld its contractual commitments to clean up areas that have been purposefully polluted and damaged Alaskan Native populations.

The Alaska Native Claims Settlement Act of the 1970s transferred millions of acres of land from the federal government to Alaskan Natives, and the lawsuit names Interior Secretary Debra Haaland, the Interior Department, and the sub-departmental Bureau of Land Management.

With the exception of the Metlakatla reservation near Ketchikan, Alaskan Natives generally do not reside on federal reservations, but rather on property they own through ANCSA.

Before their property rights were transferred, more than 650 properties were contaminated by arsenic, asbestos, lead, mercury, and other pollutants, Alaska Republican Governor Mike Dunleavy said in a recent interview.

In response to the Biden administration’s broad emphasis on ecology and the green agenda, Dunleavy criticized Haaland and the Interior Department for taking no action despite contractual obligations to clean up these properties.

The governor argued that the government only enjoys highlighting Native American communities when doing so advances their political objectives.

In the case of King Cove, residents have sought to construct a gravel road across the Izembek National Wildlife Refuge to the adjacent Cold Bay, where they claim access to a jet-sized runway will, among other advantages, ensure greater access to emergency medical care.

The governor said that the majority of Alaska Natives who live close to ANWR favor Trump administration decisions to permit drilling there and oppose President Biden’s suspension of those decisions.

The plaintiffs filed a lawsuit for each of the specified sites in the polluted lands complaint, rather than one single court claim, according to Dunleavy, who called it yet another fault in the White House’s green policy.

“Many moves that they do in Alaska totally fly in the face of their concept of saving the environment. When you push [resource production] overseas, whether it’s timber, whether it’s oil, whether it’s gas or whether it’s mining, you’re accepting the fact that mining and those other activities will take place under much lower standards than Alaska and the United States have.”

Regarding the court case, the Interior Department declined to comment.