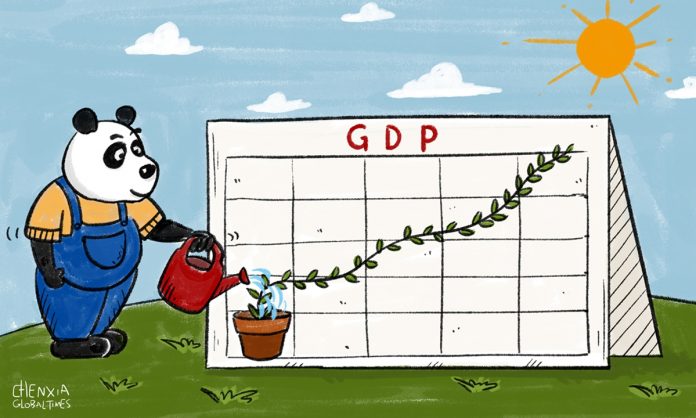 The Chinese Communist Party’s tabloid mouthpiece the Global Times recently published an opinion piece bragging about its achievements in the economic arena. While there is nothing wrong about flaunting to the world your triumphs, it is wrong to belittle America for its shortcomings, especially when they are liable for the spread of the COVID-19 virus that has put a ton of pressure on our economy.

“China’s GDP grew by 7.9 percent in the second quarter of 2021, and expanded 12.7 percent in the first half of the year, according to data the National Bureau of Statistics released on Thursday. The data also shows the country’s average two-year GDP growth was 5.3 percent,” the Global Times stated.

Our American values have taught us that the success of other nations is something that we should celebrate, and for that, we congratulate the People’s Republic of China for their gains. We do hope however, that their improving economy will benefit their citizens and not their despotic leaders.

Unfortunately, the tabloid newspaper slammed the United States and claimed that our freedom-loving nation has been trying to subdue them to prevent them from beating us in competition. They might be forgetting the fact that America is still the most powerful nation on earth and that this economic crisis we are in is just a road bump along the way.

“China’s remarkable GDP figures gained unprecedented attention in the past two years. An important factor behind such an achievement is the China-US strategic competition highlighted by Washington. The US has engaged in all-round suppression against China, forming a momentum in which the US leads its allies and part of the Western world to contain China,” the article stated.

“Chinese society has realized that China’s relations with the US cannot return to old times and its resistance to US containment will be long-term. In addition to keeping political unity, strengthening China’s economic capacity and increasing comprehensive national strength is the key to blow US arrogance and its will to confront China,” the article continued

“The US is worried that China’s GDP will one day surpass its own. So Washington has taken the strategy of “decoupling” with China – it wants to bring losses to China even at the cost of its own interests,” the article added.

The Global Times proceeded to boast about the Chinese government’s false accomplishments which people from the west see as just empty propaganda to boost the CCP’s image.