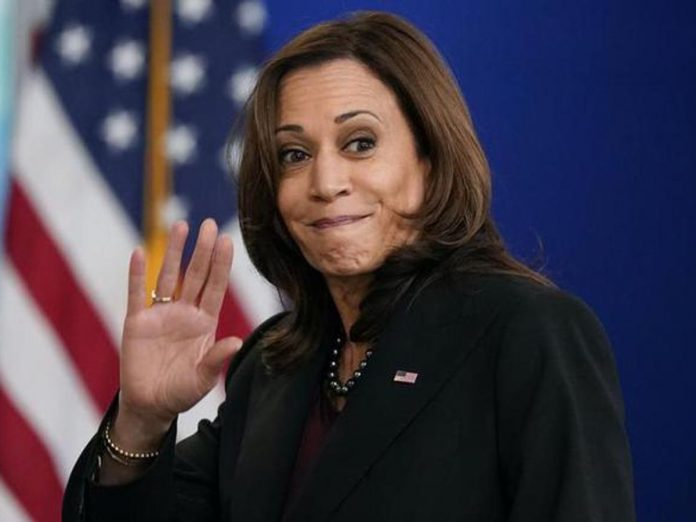 Cackling Kamala Harris has received some negative press in recent months. Two aides quit and the Democrats fear she will be so unpopular and unlikeable that it will ruin everything for any woman who might run for office. Now there’s a report she’s a “bully” and “soul-destroying boss.”

This report, first published by Washington Post, shows how awful it is when regime media outlets come out against her.

The rumors started circulating in July: Vice President Harris’s staff was wilting in a dysfunctional and frustrating office, burned out just a few months after her historic swearing-in and pondering exit strategies.

[…]the quartet of soon-to-be-empty desks reignited questions about why Harris churns through top-level Democratic staff, an issue that has colored her nearly 18 years in public service, including her historic but uneven first year as vice president. Now, those questions about her management extend to whether it will hamper her ability to seek and manage the presidency.

​[…]“It’s clear that you’re not working with somebody who is willing to do the prep and the work,” one former staffer said. “With Kamala, you have to put up with a constant amount of soul-destroying criticism and also her own lack of confidence. So you constantly sort of propping up a bully and it’s not really clear why.”

Critics and supporters alike say she is a demanding boss who requires her staff to work long hours and do a lot of prep work. She can also be quite aggressive towards staff.

These qualities aren’t necessarily bad and are common to many D.C. politicians, but Harris’s case is a problem because Harris doesn’t seem to be moving anywhere.

According to the article, she has not done enough to make her vice president a success. She isn’t liked enough to go much further in politics and doesn’t have any redeeming qualities to make the chaos and her negative traits worth it.

Although her office did not respond to the Washington Post’s request for comment, one of her staffers had this to say on twitter, possibly in an attempt to counter the criticism.

Hi. My name is David Gins. I work for Vice President Harris on behalf of the American people as Deputy Director for Operations and absolutely love my job.

Just thought some of you should know 😀 pic.twitter.com/VPuYv9bpbp

Twitter was full of jokes about Harris being held hostage, or just ignoring the negative aspects of working for Harris.

Psaki claimed that the tweet was not forced upon him or requested by him, but it is doubtful that many people believe this.

It didn’t matter if the tweet was organic (unlikely) or an attempt to help the VP (more probable), it didn’t work. Many still believe Kamala is a horrible boss. The issues surrounding staff running from her office and calling Kamala a bully don’t help.