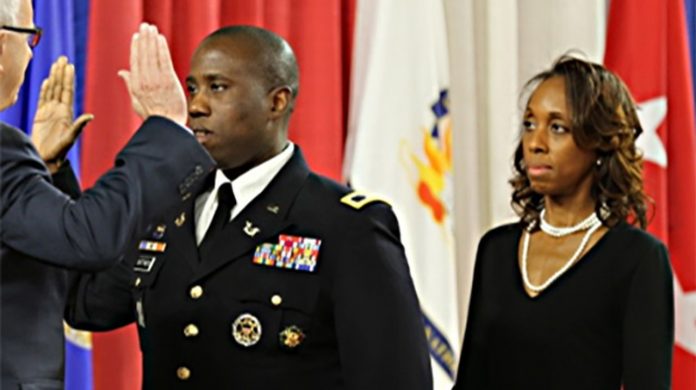 A former D.C. National Guard official has accused two generals of lying to Congress and trying to hide their inaction in response to Jan. 6 insurrection.

Col. Earl Matthews was a member of the Trump administration’s National Security Council and Pentagon. He wrote in a 36-page memo that the Pentagon inspector general had authored a report with “glaring mistakes” that “falsely portrayed” what occurred on Jan. 6. Matthews claimed that the report was meant to protect an Army officer who delayed the National Guard’s response against the Capitol attack.

Matthews charged Gen. Charles Flynn (who was deputy chief of staff of operations on Jan. 6), and Lt. General Walter Piatt (the director of Army staff) with being “absolute, unmitigated lies” for how they described the events of Jan. 6. Flynn is the brother to disgraced former Trump National security Advisor Michael Flynn. Matthews didn’t mention this in his memo.

“Every leader in the D.C. Guard wanted to respond and knew they could respond to the riot at the seat of government,” Matthews wrote. On the day of the attack, Matthews was serving as the top attorney to Maj. Gen. William Walker, who was then commanding general of the D.C. National Guard. D.C. Guard officials, he wrote, “set [sic] stunned watching in the Armory” while Trump supporters started to attack the Capitol.

Matthews claims that during a conference call at 2 p.m. with Army officials, LTG Piatt said that it wouldn’t be his best military advice not to recommend that the Secretary of Army allow D.C. National Guard to deploy to Capitol. Instead, they suggested that National Guardsmen be deployed to take over traffic responsibilities of D.C. Police, allowing them to defend Capitol.

Matthews claimed that Flynn and Piatt lied to Congress, claiming they never said the Guard shouldn’t go to the Capitol. Politico additionally obtained a memo from the Guard’s Joint Force Headquarters that stated at 2:37 p.m., Piatt and Flynn “recommended for DC Guard to standby and start drafting a plan for courses of action.” Four minutes later, at 2:41 p.m., the memo stated that “Flynn advised D.C. National Guard to standby until the request has been routed to” then Army Secretary Ryan McCarthy and then-acting Defense secretary Chris Miller.

This contradicts Piatt’s June response to Carolyn Maloney, Chair of the House Oversight Committee (D-N.Y.), in which Piatt wrote: “At any point on January 6, I did not tell anyone that D.C. National Guard should never deploy directly to Capitol.”

Flynn also answered Maloney’s questions, telling Maloney that he had never expressed concern about “the visuals, image or public perception” of sending the Guard to Capitol.

In an interview with The Washington Post last month Maj. Gen. Walker attacked IG’s report calling it “incomplete,” inaccurate, and “sloppy” work. He also claimed that Army Secretary Ryan McCarthy called Walker at 4:35 p.m. to inform him that Miller had approved Miller’s request for D.C. Guard support for the U.S. Capitol Police. Walker denied that this was true.

In response to Matthews’ claims, spokesperson Mike Brady stated that the Army’s January 6th actions were well-documented. General Flynn and Lieutenant Gen. Piatt were open, honest, and thorough in their sworn testimony before Congress and DOD investigators.

Matthews shared his memo to the Jan. 6 select Committee this month.