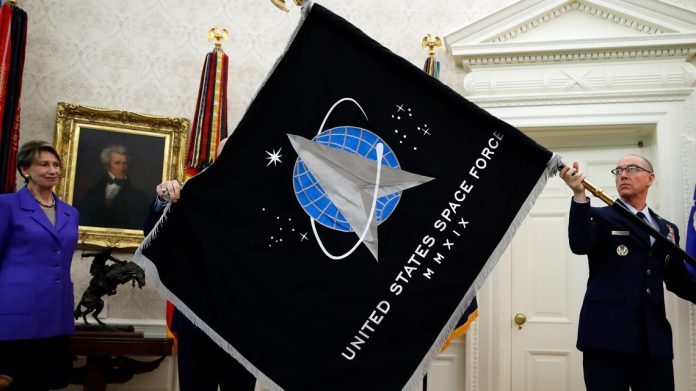 “It makes perfect sense,” one official who is currently advising the military on the issue said, noting that Space Force’s responsibilities are more global than the other branches of the military, which gives U.S. Space Command access to advanced surveillance technologies.

“There is no limit to the Space Force mission. It doesn’t have a geographic boundary like the other services,” this official added.

They also noted that Space Force has some opposition to their idea, which was widely ridiculed since its inception under former President Donald Trump.

“They really are sensitive to that,” the former official said. “They want people to take them seriously. They don’t want to do anything that is embarrassing. But this is national security. This is their job.”

Chris Mellon, a former top Defense official for intelligence who has advised the military on the issue of UFOs, recently wrote in a post on his blog that whichever organization is ultimately charged with the investigation will have to work alongside the military, law enforcement, and the intelligence, academic and scientific communities, as well as the general public.

He says that North American Aerospace Defense Command would seem to make sense but its willingness to share information is questionable. They still have the money and contracting authority to change the status quo, and the resources to pursue aggressively the issue.

Mellon writes that “regardless, the first and most important step for Congress to take is to either identify a permanent home for the mission or require [the Department of Defense] and the CI [intelligence community] to do so and to explain their resulting rationale with the oversight committees.”

In a report issued to Congress in June by the director of national intelligence came to the conclusion that only one of the 144 UFO sightings investigated could be explained, noting that 18 of the cases included details that appeared to indicate advanced properties at work.

The report says that “we currently lack sufficient information in our dataset to attribute incidents to specific explanations,” and noted that UFOs “clearly pose a safety of flight issue and may pose a challenge to U.S. national security.”