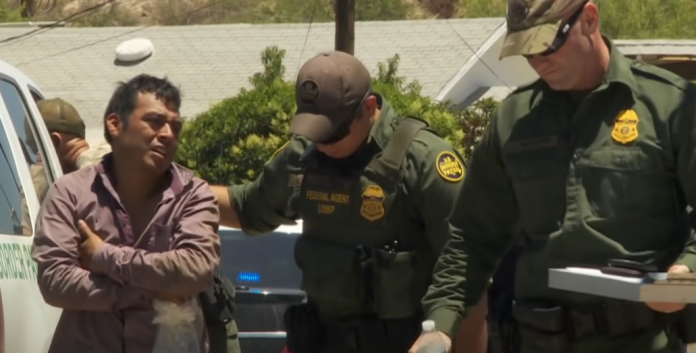 During a hearing this week in federal court in Laredo, U.S. On human smuggling conspiracy charges, District Judge Marina Garcia Marmolejo sentenced Fabian Hernandez, 29, and Emmanuel Ferral-Tonche, 20, to five years in jail each. Both males are Mexican citizens who entered the US illegally. Following the completion of their sentences, the two are anticipated to be deported.

According to court records, both men led a group of at least two dozen migrants through a tough bush area in hot summer temperatures in June of 2021. The gang was attempting to march around one of the United States’ major cities. Immigration checks north of Laredo by the Border Patrol. The Cartel Del Noreste offshoot of Los Zetas controls human smuggling in that area – a hyperviolent criminal group that operates with perfect impunity in Mexico and has been tied to multiple violent incidents in Webb County.

Several migrants fell behind during the tragic human smuggling attempt. The two human smugglers continued on without providing water or attempting to assist the stragglers who finally became lost.

Authorities rushed to 911 calls from a Laredo ranch and discovered a group of over 24 people, including the two smugglers. The gang had gotten separated. Authorities also conducted a search at the site and discovered the corpses of three migrants who died of exhaustion and heat.

Marching through immigration checks often results in death. According to Breitbart Texas, officials in Brooks County have discovered hundreds of dead of migrants who have been lost or who have been abandoned by traffickers. U.S. Border Patrol also frequently rescues migrants who have grown seriously ill as a result of their journeys.