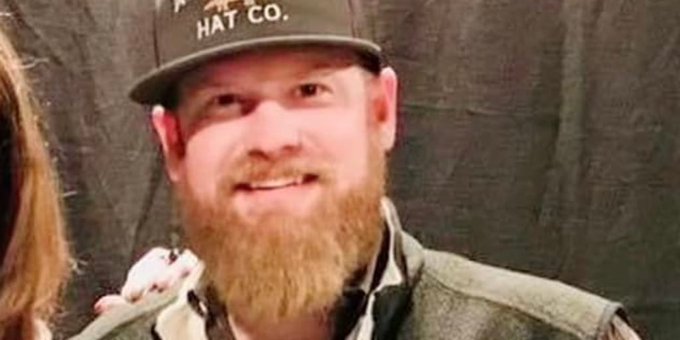 According to those close to him, country star Jake Flint passed away just hours after being married.

Flint was only 37 years old.

After his wedding on Saturday, Flint passed away in his sleep, according to his publicist, Clif Doyal, who spoke to The Oklahoman.

Doyal said in an email,” “I can confirm that Jake died in his sleep sometime in the night following his wedding. No cause of death has been determined.”

Flint’s wife, Brenda, posted on her Facebook page, “”We should be going through wedding photos but instead I have to pick out clothes to bury my husband in. People aren’t meant to feel this much pain. My heart is gone and I just really need him to come back. I can’t take much more. I need him here.”

A video of the two at their wedding was also released by Brenda, in which she said that she does not understand what just happened.

(NBC) – Country singer Jake Flint has died just hours after getting married, according to people close to him. He was 37. https://t.co/3hHXIEdcti

A multistate tour that Flint was in the middle of was due to conclude on December 2 in Claremore, Oklahoma. His social media pages list a variety of musical influences, including 90s grunge rock and traditional Texas singer/songwriters.

Brenda Cline, Flint’s manager said, “Jake has a million friends and I’m not sure how everyone will cope with this tragic loss. We need prayers- it’s all so surreal. Please please pray for his new wife Brenda, Jake’s precious mother, his sister and the rest of his family and friends. This is going to be incredibly difficult for so many. We love you Jake and in our hearts forever.”