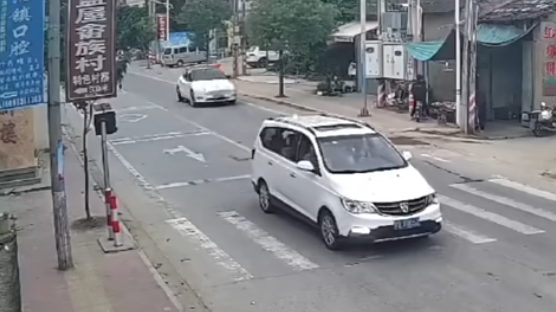 A Tesla Model Y with autopilot capabilities was recently engaged in a fatal vehicle accident in the southern Chinese province of Guangdong. In the footage, the self-driving Tesla appears to go on the rampage, hitting and killing civilians.

The Tesla is shown trying to park before suddenly accelerating quickly, veering across lanes, and striking both moving vehicles and people.

The vehicle strikes a bicyclist, narrowly avoids numerous other pedestrians, and then bangs into the side of a truck as it seems to accelerate to nearly highway speeds. Two people were killed in the incident, one of them a high school student. The driver’s family alleges that brake problems were to blame for the collision.

Though unconfirmed, there has been conjecture on social media that the car’s autopilot may have contributed to the disaster. Some people assert that the autopilot was attempting to park itself when it malfunctioned and accelerated dangerously.

The swerving and the quick acceleration visible in the video are not usual driving behaviors for autopilot, prompting many to refute these allegations, however this assertion has come under scrutiny.

Additionally, a tap on the brake would have stopped the autopilot and acceleration. In any case, this isn’t putting an end to the rumors on social media.

Tesla claims that the vehicle logs demonstrate that the accelerator was used for the bulk of the video, rather than the brake, during the incident. This notion is supported by the fact that the brake lights aren’t seen in the video until almost 30 seconds into the rampage. Therefore, one conclusion that might be drawn is that the driver of the Tesla completely erred when they mistakenly thought the brake pedal was the gas pedal.

However, there have been other serious allegations of Tesla brake failure, and one dissatisfied customer even protested at Tesla’s stand at the Shanghai Motor Show last year over the same claims. Tesla received a lot of criticism following the incident.

Additionally, there have been concerns about the Tesla autopilot’s role in tragic auto accidents before.

In response to the event in Guangdong, Tesla announced that it would support Chinese authorities in their investigation of the fatal collision. The company stated, “Police are currently seeking a third-party appraisal agency to identify the truth behind this accident and we will actively provide any necessary assistance.”