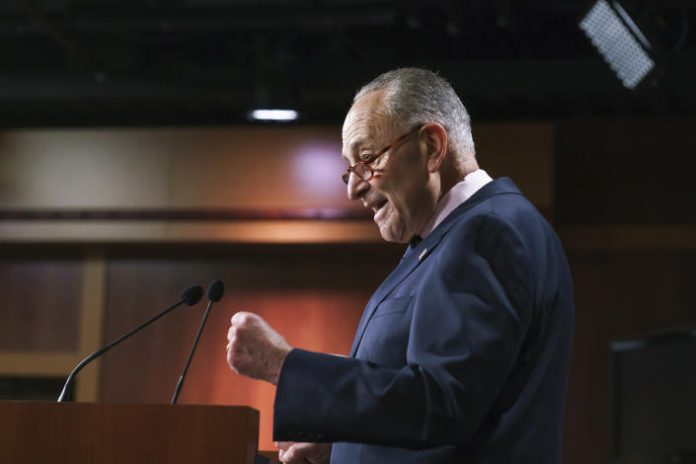 Sen. Chuck Schumer’s announcement Sunday comes after The Associated Press reported how people are cheating the system and buying counterfeit COVID-19 vaccination cards online, worrying officials at colleges and universities across the country that are requiring proof students received the vaccine to attend in-person classes.

Schumer wants U.S. Customs and Border Protection and FBI to join forces with Department of Health and Human Services officials to crack down on counterfeit cards and launch a campaign to make it clear that people could be sent to federal prison for forging them.

He wants the Justice Department immediately to prioritize cases involving fake vaccination cards and is pushing for Customs and Border Protection (CBP) to do more to locate counterfeit cards sent from overseas.

This year, federal agents have already confiscated thousands of fake vaccine card packages. Officials said that another shipment was seized by Customs and Border Protection officers in Memphis earlier this week. It was sent from Shenzhen China and was headed to New Orleans.

In March, the FBI and Department of Health and Human Services jointly issued a joint statement urging people to stop creating, buying or selling fabricated vaccine cards. Unauthorized use of the seal by an official government agency can result in a federal offense that could lead to a fine and up to five years imprisonment.