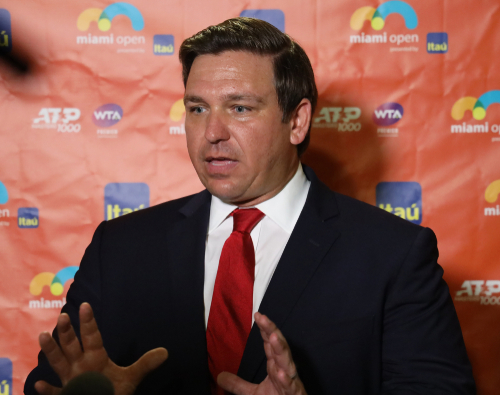 For years, Florida Governor Ron DeSantis has had to deal with attacks from the liberal media. He understands how they function. He also knows how to confront them in the proper manner.

DeSantis recently expressed his thoughts on the ongoing debate about podcast presenter Joe Rogan. He gave Rogan some sound advice on what to do now that the radical left wants to cancel his program.

Rogan is the host of the world’s most popular podcast. When he contracted COVID months ago, he used unusual means to treat it, including ivermectin and monoclonal antibody therapy.

At the time, the media criticized Rogan, calling him a loony conspiracy theorist.

He recovered from COVID and resumed his show, growing increasingly dubious of the mainstream vaccine and virus narratives. Rogan then went on to interview Dr. Robert Malone and other vaccine skeptics.

The liberal media and the Biden administration then went all out against Rogan. They began to refer to him as a health hazard and a disinformation agent.

Neil Young, a liberal musician, has taken his songs off Spotify in protest of Rogan’s podcast being broadcast on the platform. Then, along with a few other older artists, has-been singer Joni Mitchell followed suit.

Ron DeSantis giving every cop in his state a bonus is why he's going to be president one day.

He loves giving the unhinged mob the middle finger.

DeSantis offered Rogan some advise in response to the scandal. Despite Spotify’s assurances that the podcast host will not be terminated for past blunders, he is increasingly under pressure.

Rogan apologized for his careless use of the N-word, but DeSantis claims he’s doing everything wrong. When asked about the Rogan situation recently, DeSantis argued that apologizing just emboldens the woke mob.