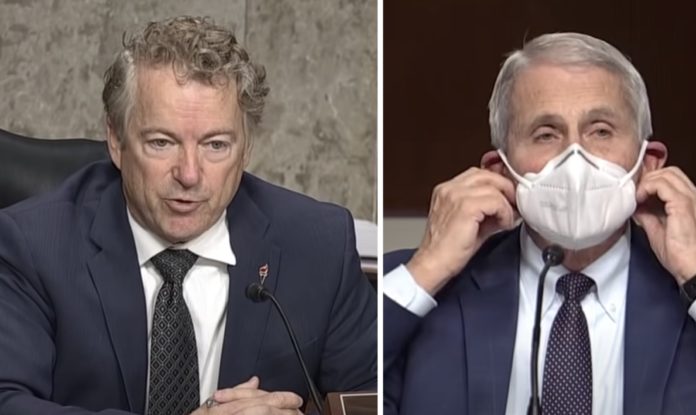 Dr. Anthony Fauci, the health dictator, must be shivering in his mask over a new law.

Senator Rand Paul announced legislation to eliminate Dr. Anthony Fauci’s position on the two-year anniversary of COVID lockdowns. Instead, this power will be split into three different new institutes.

He called Fauci a “dictator in chief,” and the lesson of the past two years is clear: no single person should have this much power.

“No one person should have unilateral authority to make decisions for millions of Americans,” Paul said.

“No one person should have the sole authority to dictate science, especially when that one person wasn’t ever following the science,” Paul said. “I’ve said that from the beginning, and I’ve been proven right over, and over, and over again. On masks, lockdowns, schools, natural immunity, all of it.”

Paul made a shocking announcement, saying he will introduce an amendment to eliminate Dr. Anthony Fauci’s position as director of the National Institute of Allergy and Infectious Diseases and divide his power into three separate new institutes to ensure that ineffective, unscientific lockdowns and mandates are never foisted on the American people again.

According to the senator, who is also a doctor, many of the lockdowns were based on “junk science.” Now he’s taking action in Congress to address the issue.

“COVID’s toll doesn’t stop there. We lost more than individuals. We lost our freedoms. Our liberties.” Paul added.

“Our vibrant small town Main Streets. Our children’s growth and learning. For two years our lives were held captive by petty tyrants and power-hungry bureaucrats. Perhaps the biggest victims of the lockdowns were our children,” he further said.