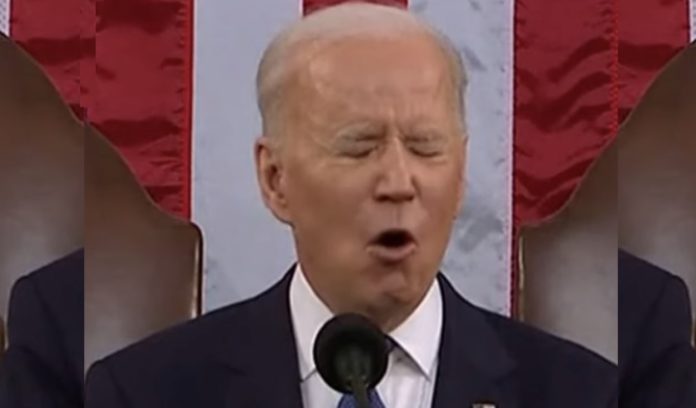 In the run-up to the 2022 midterm elections, Joe Biden and the Democrats face a significant uphill battle.

Many pollsters forecast a large red tsunami that will return Republicans to power in Congress.

“If we don’t do that, don’t do that, it’s going to be a sad, sad two years. Think about Republicans if they controlled the Congress these last two years. I believe we have a record of being incredibly proud of a message that resonates: Build a better America Now we have to do the work. Now what we have to do is we have to sell it with confidence, clarity, conviction and repetition.” Biden stated.

The president also mentioned Ukraine in his address, praising his administration’s efforts to unify NATO countries against Russian President Vladimir Putin and his ongoing assault.

The president mentioned Ukraine as a campaign topic for Democrats, praising NATO and the United States’ unity in the face of Russia’s continuous invasion of its nearby nation and claiming that Russian President Vladimir Putin was unable to separate Democrats and Republicans.

He also mentioned the record-high price of gas, referring to it as “Putin’s price hike,” a phrase used by the White House to describe gas costs since Biden placed an embargo on Russian energy imports earlier this week.

Despite the reality that prices had been continuously rising since Biden assumed office, Biden continued to blame Putin for the substantially rising energy costs, repeating the phrase “Putin’s price hike,” as have many within the Biden Administration.