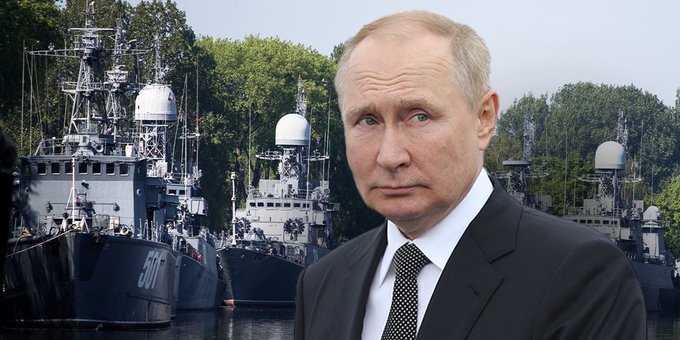 During an event in St. Petersburg to commemorate Russia’s Navy Day, President Putin signed the 55-page document. In a speech, the Russian president declared that one of his country’s main objectives was to oppose the United States.

Russia is under danger from the United State’s strategic goal of dominating the oceans, according to Putin.

But President Vladimir Putin’s ongoing assault on Ukraine was not mentioned in his address.

President Vladimir Putin continued by asserting that several vessels will soon be armed with hypersonic missiles.

A few months after Sweden and Finland formally joined NATO, President Putin listed NATO expansion as one of the biggest threats to Russia. Finland and Russia are bordered by each other by 800 miles, greatly increasing the likelihood of conflicts between NATO and Russia.

“The key thing here is the capability of the Russian navy. It is able to respond with lightning speed to all who decide to infringe on our sovereignty and freedom,” President Vladimir Putin said in a released statement.

President Putin’s address was delivered on the same day as a drone strike on the Russian Black Sea Fleet’s command center on Sunday. According to Russian officials, at least six individuals were hurt in the incident, which involved a drone dropping an unidentified explosive device. It is unknown who carried out the attack.