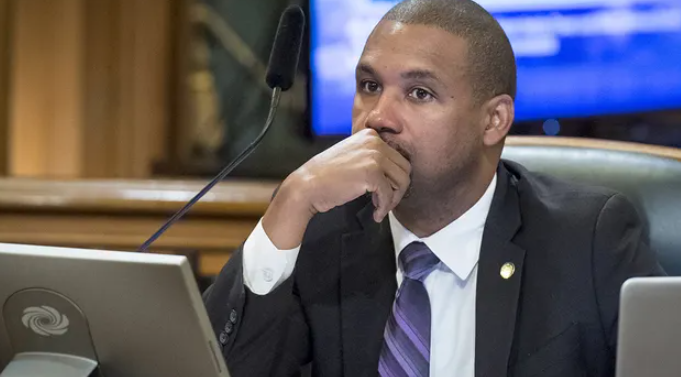 Shamann Walton, the Black Democratic president of the San Francisco Board of Supervisors, is charged with using a racist epithet towards a Black cadet last month when he was going through a security checkpoint at City Hall.

The charges were initially covered by The San Francisco Chronicle on Friday. Walton reportedly became irritated on June 24 when the cadet required him to remove his belt in order to go through the metal detector instead of utilizing a metal detector wand to expedite the procedure, according to records acquired by the newspaper.

On the instruction of the city’s director of human resources, Carol Isen, San Francisco Undersheriff Joseph Engler recorded what transpired in a memo to record a potential hostile work environment incident.

According to the June 26 memo that Engler sent to Sheriff Paul Miyamoto and Isen, Walton became extremely irate with the African American cadet and yelled at him, saying “it is ‘N-words like you that looks like me that is always the problem’ referring to the security protocols as some ‘N-word s***’ several times as he yelled at”

Walton informed Engler about the occurrence directly, and according to reports, the president of the board of supervisors is not subject to any official sanctions. The case is regarded as resolved.

Walton acknowledged that he had used the n-word against the cadet on multiple occasions, but he gave Engler, a White man, an explanation of why he thought his use of it was justified.

Walton, one of San Francisco’s most prominent political politicians, said the cadet mistreated him and was out to get him in punishment for his successful sponsorship of legislation to strengthen supervision of the sheriff’s department in 2020. The cadet, whose identity was obscured in the documents, identified himself as Emare Butler in a conversation with the Chronicle.

A school board member named Ann Hsu allegedly received a call for her resignation earlier this month after she responded to a survey by emphasizing what she thought to be a lack of parental support for underrepresented pupils, particularly in the Black and brown communities.