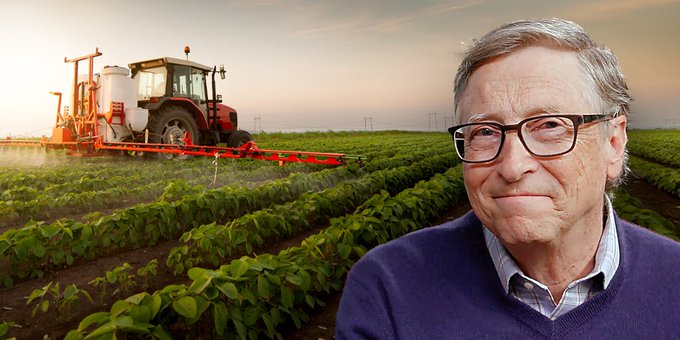 Some residents of the state are worried that they are being taken advantage of by the ultra-wealthy following the recent acquisition of 2,100 acres of valuable farmland in North Dakota by a firm connected to billionaire Bill Gates.

According to the Land Report 100, an annual study of the country’s top landowners, Bill Gates owns over 269,000 acres spread across many states. The co-founder of Microsoft is regarded as the greatest private landowner in the United States. Less than 1% of all farmland in the country is owned by him.

A legislation from the Great Depression intended to safeguard family farms is under issue.

In order to comply with requirements set forth in the state’s anti-corporate farming statute, the trust involved in the acquisition has been requested by the attorney general of North Dakota to describe how it intends to use the land.

Except as provided by law, no corporation or limited liability company shall own or lease any farmland or ranchland.

Republican Doug Goehring, the state’s agriculture commissioner, told a North Dakota TV station that some citizens believe the ultra-rich, who purchase land but may not necessarily share the state’s ideals, are taking advantage of them.

Doug Goehring did not immediately reply to a request for comment since he is now in the UK as part of a state-sponsored trade trip.

When informed of farmland sales, the attorney general’s office customarily sends an inquiry.