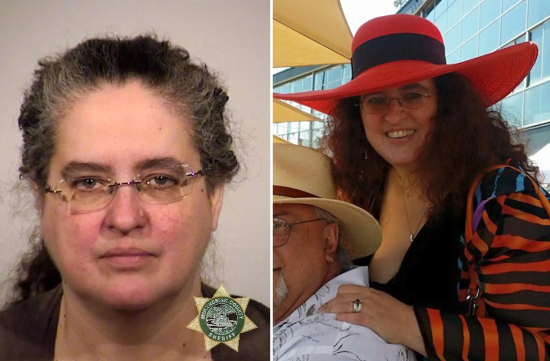 Federal authorities claim that a former lawyer from Portland, Oregon, cheated injured clients out of millions of dollars in insurance payouts and then lavishly spent the money on travels to a nudist resort, an African safari, and other locations.

In an insurance fraud, Lori E. Deveny, 57, took over $3.8 million from at least 135 clients between 2019 and 2011 and used the money to “bankroll a lavish lifestyle,” she was given a sentence of more than eight years in prison, the US Department of Justice reported this past week.

Ethan Knight, head of the U.S. Economic Crimes Unit, said,“It’s hard to overstate the extraordinary impact Ms. Deveny’s crimes had on the many innocent and vulnerable victims who trusted her. As a former attorney, she had a special responsibility to her clients and to the public, but she repeatedly abused this trust and prioritized her own needs. This is just a sentence for serious crimes.”

According to Special Agent in Charge Bret Kressin of the IRS Criminal Investigation, Seattle Field Office“The cruelest thing of all is knowingly providing false hope.” Having already suffered losses, Ms. Deveny’s clients deserved an attorney who represented their best interests. What they got instead was someone who inflicted more loss.”

Deveny received what she never promised her clients:“a picture of reality that those who choose to defraud will face the consequences of their actions,” Kressin stated.

In its press statement, the DOJ stated that “many of Deveny’s victims were particularly vulnerable to her criminal behavior after sustaining serious brain and bodily injuries and never received the insurance payouts they were owed.”

According to the DOJ, Deveny spent $150,000 on international and domestic airfare, $173,000 on safari and large game hunting trips in Africa, and $60,000 on visits to a posh nudist facility in Palm Springs, California.

She shelled out $35,000 on taxidermy costs, purportedly related to her big game hunting excursions, $195,000 for her mortgage, a staggering $220,000 for cigars, and $91,000 for a Cadillac and recreational vehicle fees combined. The DOJ claims that she also shelled out $58,000 on veterinary care and pet boarding.

In June 2022, Deveny entered a plea of guilty to one count of mail, bank fraud and wire. She also admitted guilt to two counts of aggravated identity theft, filing a fraudulent tax return, and money laundering.

She was ordered to give her victims more than $4.5 million in reparations on Monday.

According to Kieran L. Ramsey, special agent in charge of the FBI Portland Field Office, “While serving as an attorney, Ms. Deveny brazenly stole money that should have gone to pay for health care for her clients for serious injuries and ailment. Instead, that money funded things like big game hunting trips to Africa and home remodeling. She took advantage of people who were physically and emotionally hurting by forging insurance checks, stealing the funds and lying to her clients about the payouts.”