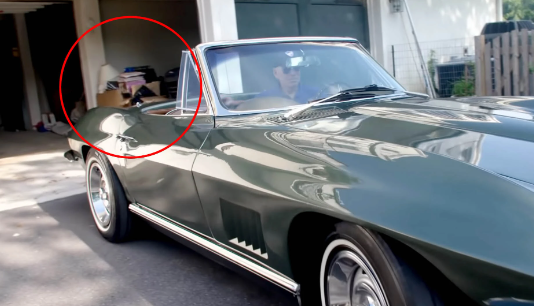 The shocking information was revealed while the Justice Department investigated whether Biden may have misused confidential material after he left his position as vice president in 2017.

Attorney General Merrick Garland named Robert Hur, a former US attorney for Maryland, as special counsel to look into the case on Thursday afternoon, a decision that might have a significant long-term influence on Biden.

“The special counsel will not be subjected to the day-to-day supervision of any official at the department. will ensure that Mr. Hur receives all the resources he needs to conduct his work.”

However, he stressed that he takes seriously his duty to protect the nation’s secrets. Earlier on Thursday, Biden acknowledged that he had kept the documents near his car.

“Classified materials next to your Corvette? What were you thinking?,” after Biden spoke about annual inflation moving lower to 6.5% in December, Fox News reporter Peter Doocy questioned him.

“My Corvette is in a locked garage, OK? In response, Biden seemed to dismiss the importance of the revelation, saying, “So it’s not like they’re sitting out on the street.”

“So, the garage was locked?,” Doocy continued.

“Yes, as well as my Corvette,” Biden claimed.

“But as I said earlier this week, people know I take classified documents and classified material seriously,” the president insisted. I also said we’re cooperating fully and completely with the Justice Department’s review. As part of that process, my lawyers reviewed other places where documents might —  from my time as vice president — were stored and they finished the review last night. They discovered a small number of documents with classified markings in storage areas and file cabinets in my home and my personal library.”

When Trump kept the documents after leaving office in January 2021, Biden at the time exploded on his predecessor, saying on “60 Minutes” on Sept. 18 that Trump had been “irresponsible” in doing so.