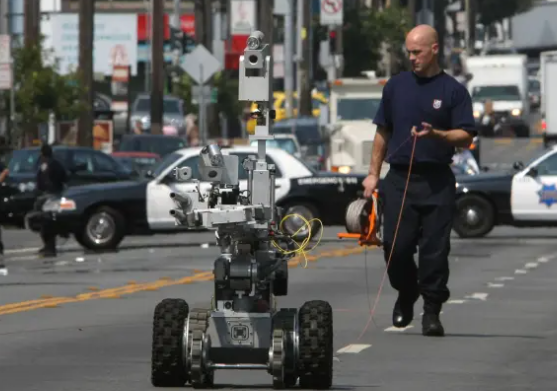 Lethal force by robots would be permitted if there was a grave threat to law enforcement or the general public, according to a draft policy that outlines the contentious concept, local media sources reported this week.

The unmanned, remote-controlled robots can be operated by designated operators who must undergo training, per the proposed regulation.

The draft policy also specifies that, if adopted, robots might be utilized in critical incidents, arrests, warrant executions, and inspections of suspicious devices.

The idea was examined by the rules committee, which decided to present it to the Board of Supervisors for discussion at a meeting on Tuesday.

The proposal was attacked by opponents, notably Tifanei Moyer, a senior staff attorney of the Lawyers’ Committee for Civil Rights of the San Francisco Bay Area.

There are 17 robots in the department, but no one has ever been attacked by one, according to a police official.

In 2016, the Dallas police department killed a man who was suspected of shooting and killing five officers using a robot.

After first proposing the employment of lethal-force robots, Oakland police decided not to move forward with the plan, according to Mission Local.