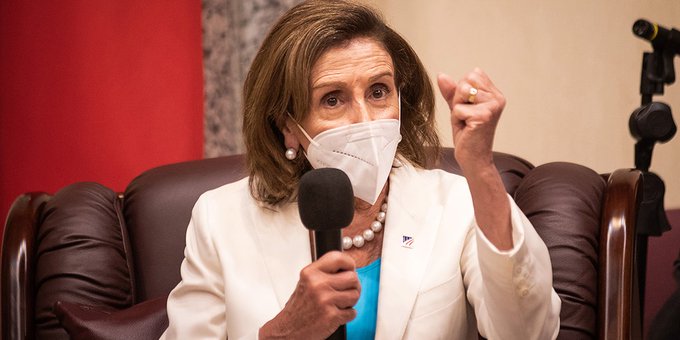 The highest-profile elected US official to visit Taiwan in 25 years is Pelosi, who is second in line to the presidency. Beijing has made it clear that it views Pelosi’s visit as a serious provocation, which has put the region on edge.

The 82-year-old congressman, who traveled aboard a US military plane, was welcomed at Taipei’s Songshan Airport by foreign minister Joseph Wu, as shown on live broadcasts.

While Pelosi and her staff have not confirmed the Taipei travel, it has been widely reported by US and Taiwanese media outlets. Beijing has been becoming more irate over this for days.

The People’s Liberation Army declared that it was on high alert and would respond to the visit with a number of focused military operations.

China has promised to one day annex the island, using force if necessary, and regards democratic, self-governing Taiwan as part of its territory.

It opposes nations having diplomatic interactions with Taipei and works to keep Taiwan isolated on the international scene.

Although a trip in Taiwan is reportedly opposed by the Biden administration, White House National Security Council spokesperson John Kirby asserted that Pelosi had the right to travel anywhere she wished.

Newt Gingrich traveled to Taiwan last as House Speaker in 1997.

Kirby reaffirmed that US policy toward Taiwan had not changed.

This entails backing its self-governing government but diplomatically recognizing Beijing as Taipei’s superior and opposing either a formal declaration of independence by Taiwan or a coercive takeover by China.